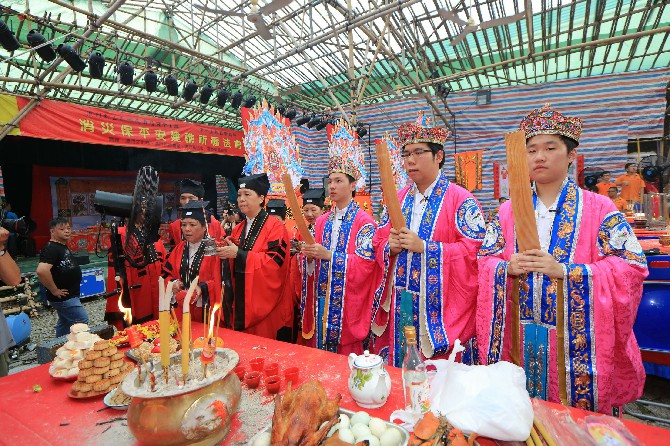 Several religious events from the Catholic and Taoist-Buddhist faiths will be canceled over the next few weeks in compliance with the city’s effort to contain the Covid-19 outbreak, organizing entities have announced (more on p7).
The Catholic Diocese of Macau has taken action to assist in containing the coronavirus outbreak. It has instructed all public masses to broadcast on the Diocese’s website and YouTube channel rather than be open to the public. The arrangement will remain in effect until March 1, according to the latest information.
The first major event in the Diocese’s calendar this year, the Procession of the Passion of Our Lord, the God Jesus normally held on February 29 and March 1, is canceled as Catholic newsletter the Macau Observer reports.
The event is described by the tourist authority as “a unique Macau religious celebration,” in which the image of Christ carrying the Cross is taken in solemn procession from St. Augustine’s Church to the Cathedral for an overnight vigil.
The epidemic will also affect those of the Taoist- Buddhist faith. The Lunar New Year is followed by two major events in the religious tradition, the Opening of Reserve of the Goddess of Mercy and the Feast of the Land Deity.
In the former, believers gather at temples that house the Goddess to perform rituals and burn incense to pray for blessings.
As for the Feast of the Land Deity, held this year on the second day of the second lunar month, religious rituals will take place at the temples worshipping the deity across the city.
The temple at the Horta da Mitra District has already announced the cancellation of at least one celebration event. Over the weekend, another temple, the Patane District Land Deity Temple, also canceled this year’s celebrations.
The purpose behind the cancellations is to avoid the gathering of large crowds and thereby restrict the potential for the coronavirus to spread. AL