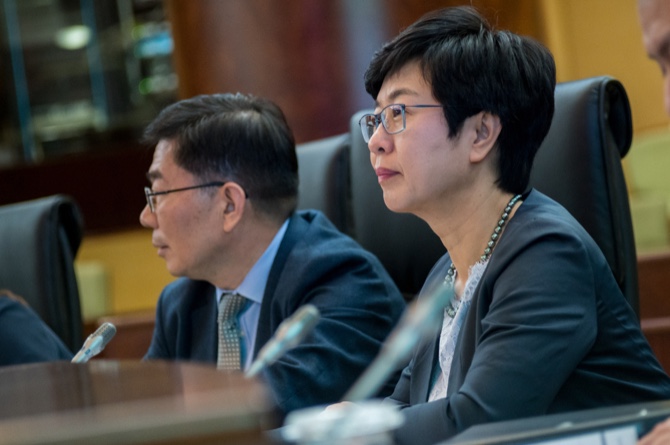 Secretary for Administration and Justice Sonia Chan has not given the media a direct response regarding whether the police force will be called to deal with residents not cooperating with the government on the urban renewal project. The questions came after reports of mainland police using violence to evict residents from their property in China.

Yesterday, Chan held a press conference briefing the media on the public consultation paper, together with other government high-ranking officials from her sector, including Liu Dexue, director of the Legal Affairs Bureau.

The document proposes a percentage of approval needed for property owners to rebuild a residential property, and the methods by which to solve disputes, among other things.

When a building is between 30 and 40 years old, a suggested minimum of 90% of the building owners should agree to rebuild the building. The percentage suggested for buildings older than 40 years is 80%, whereas the government outlined that for buildings that are a danger to public hygiene or public safety and have already been demolished, at least 60% approval must be gained from owners in case the government plans to rebuild the building.

The bill proposed an acquisition mechanism which allows urban renewal implementation organizations to buy the properties from owners who disagree to their building’s renewal plan. According to the acquisition proposal, the government can provide “reasonable and timely” compensation to an owner to acquire property ownership.

If any disputes arise during the acquisition procedure, they will be referred to an arbitration committee, which will be established specifically to handle such situations. If the relevant parties are dissatisfied with the arbitration result, they can file a lawsuit.

In some of Macau’s neighboring regions, the police authority intervenes when residents are uncooperative with the government’s house rebuilding plan. In some cases, violence against property owners has been reported in order for the government to coerce them into leaving and tear down the building. These actions frequently result in injuries and, in some cases, death.

When questioned by the media on whether Macau’s police authority will interfere in situations where a resident is uncooperative, for instance when owners refuse to accept eviction from their property, Chan repeated the arbitration proposal and court solution, and indicated that private property protection is assured.

“Protecting private property is [contained within] the Basic Law. But I believe all protections are not 100% absolute. If the dispute assistance fails, there is arbitration. If the arbitration fails, then there is a lawsuit,” explained Chan.

“Our improvement of these old areas is for the protection [of the owners]. We all know that if these buildings are rebuilt in the future, the entire community rebuild will include more facilities, and road and transportation improvements, which lead to a certain increase of the property’s value,” said Chan. 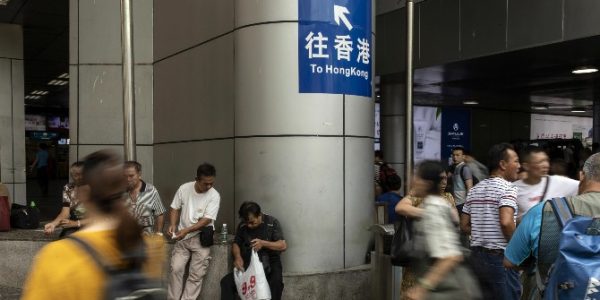