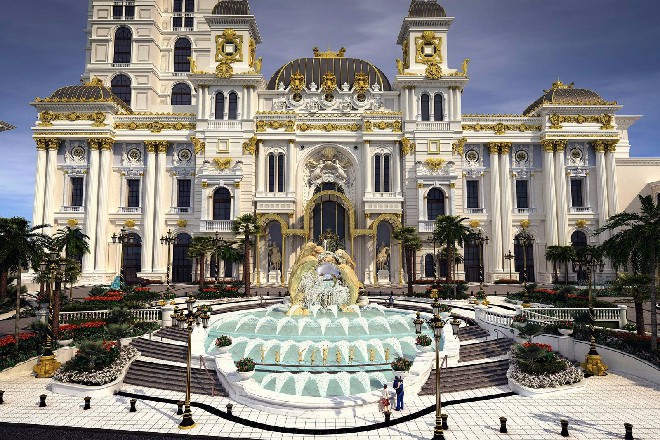 U.S. federal prosecutors indicted three people involved with Imperial Pacific International Holdings Ltd.’s controversial casino project in Saipan for employing undocumented workers, making illegal money transfers, and participating in a criminal conspiracy – adding to the legal troubles connected to the Hong Kong operator.
Prosecutors allege the trio conspired to illegally hire large numbers of Chinese laborers to work on the casino site, “instructing prospective hires to lie to immigration inspectors” on arrival by claiming they were tourists. The defendants – Liwen Wu, Jianmin Xu, and Yan Shi – were employed either by Imperial Pacific or MCC International Saipan Ltd., a Chinese construction company that was helping to build a massive gaming resort in Saipan, a remote U.S. territory in the middle of the Pacific Ocean.
The indictment includes a conspiracy charge under the Racketeer Influenced and Corrupt Organizations Act, a powerful legal tool used in the past against Mafia families in New York as well as the Hells Angels motorcycle club.
The charges unsealed this week are the latest legal challenge confronting Imperial Pacific’s business in Saipan, which was for a time one of the highest-grossing casinos in the world — despite operating first from a nondescript storefront and then a half-finished construction site. Imperial Pacific and Metallurgical Corp. of China Ltd., which is one of China’s biggest state-owned construction businesses and owned the subsidiary unit in Saipan, are not accused of wrongdoing in the legal filing.
All three defendants are Chinese nationals, and the Department of Justice said in a statement that they currently reside outside the U.S. At least one of the named individuals no longer works for Imperial, according to the company.
A lawyer for Imperial Pacific said he was unable to comment on the company’s behalf, while listed numbers for the company are no longer in use or have been disconnected. MCC didn’t respond to requests for comment.
In November, federal agents searched Imperial Pacific’s local offices as well as the home of Ralph Torres, Saipan’s governor and a longtime backer of the casino. At the time, Torres acknowledged the FBI searches and denied any wrongdoing.
Last year, Imperial Pacific agreed to pay $3 million to resolve claims it didn’t pay construction workers minimum wage and overtime. In 2017, federal prosecutors charged MCC employees, as well as other Chinese nationals involved with the project, with violations relating to the employment of unauthorized workers. Some pleaded guilty.
Imperial Pacific said one individual indicted in the latest case was a non-managerial employee of the group who left in 2017, according to an Aug. 5 statement to the Hong Kong stock exchange. In a separate court filing to stay a civil case, attorneys for the company described Wu and Xu as Imperial Pacific executives.
Imperial Pacific has attracted significant attention in the gaming world and beyond since it began operations in Saipan in 2015. At one point the company, which is controlled by Chinese businesswoman Cui Lijie, counted former directors of the Federal Bureau of Investigation and Central Intelligence Agency, as well as the former governors of New York and Pennsylvania, among its directors or advisers.
The casino, which is located on an island with almost no modern tourist infrastructure and is more than three hours’ flight from any major city, was turning over more per-table bets at its peak than the glitziest facilities in Las Vegas and Macau.
But betting volumes have declined precipitously since then, and Imperial Pacific’s market capitalization, which topped $8 billion at its peak in 2015, has plummeted to about $184 million today. The company’s stock closed at HK$0.01 a share Friday. Matthew Campbell, Bloomberg 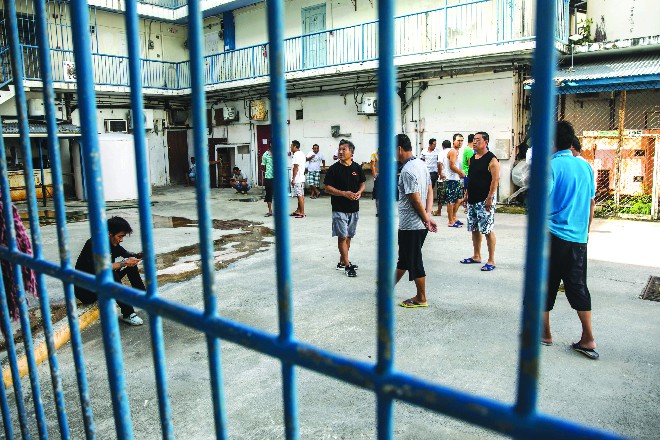 In this 2018 file photo, Chinese laborers are seen gathering in front of their living quarters before a protest about allegedly missing wages, in Saipan