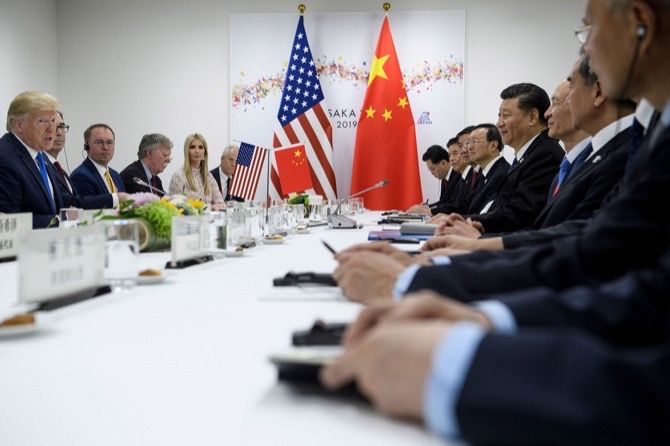 The trade truce reached over the weekend between China and the U.S. doesn’t make a final deal any more likely, according to academic Zhu Ning, who advises the Chinese government and central bank.

“With Donald Trump in office I don’t think it makes any difference,” Zhu said on the sidelines of the World Economic Forum in Dalian yesterday. Zhu is a professor at the PBOC School of Finance at Tsinghua University in Beijing who advises the central bank and a number of economy-related ministries.

The dispute between the two countries could stretch out like the Japanese invasion of China or the conflicts in Korea or Vietnam, according to Zhu. “It could drag on and there could be no declaration of war but the skirmishes keep going,” he said.

Comparing the two sides’ statements over the past six months, we’re not any closer to having a deal, Zhu said, adding that he thought both seemed to be more optimistic or cooperative after the truce in Argentina in December compared to now.

Even so, the truce that Presidents Xi Jinping and Trump agreed to in Japan comes at a good time for the slowing Chinese economy, according to Zhu. “I think any sign of truce or negotiation is always promising – promising to show there is hope, to show we can still engage with the U.S., and to boost exports, which are an important part of China’s growth.” Bloomberg