US | Dems defend Omar after Trump retweets video against her 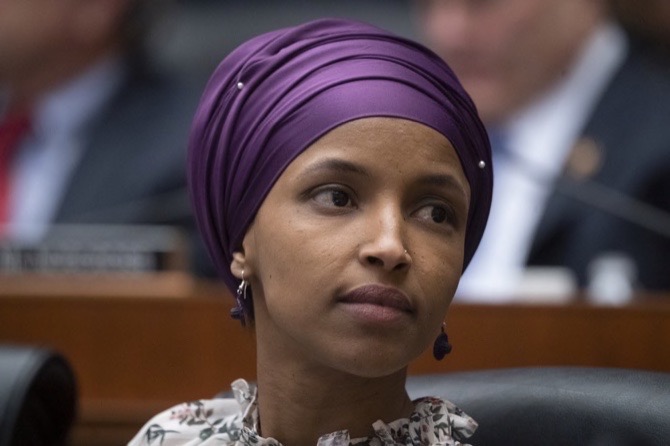 Top Democrats on yesterday [local time] rushed to defend Rep. Ilhan Omar after President Donald Trump retweeted video that was edited to suggest she was being dismissive of the significance of the worst terrorist assault on U.S. soil.

House Speaker Nancy Pelosi scolded Trump for using the “painful images of 9/11 for a political attack” against the first-term Minnesota Democrat.

And presidential candidate Elizabeth Warren, campaigning in New Hampshire, accused Trump of “trying to incite violence and to divide us, and every political leader should speak out against that.”

The video Trump retweeted Saturday pulls a snippet of Omar’s recent speech to the Council on American-Islamic Relations in which she described the 2001 terrorist attack on the World Trade Center as “some people did something,” and includes news footage of the hijacked planes hitting the Twin Towers. Trump also tweeted, “WE WILL NEVER FORGET!”

Omar’s remark has drawn criticism largely from political opponents and conservatives who say the lawmaker, one of the first Muslim women to serve in Congress, offered a flippant description of the assailants and the attacks that killed nearly 3,000 people.

Neither Trump’s tweet nor the video included her full quote or the context of her comments.

Omar told CAIR in Los Angeles that many Muslims saw their civil liberties eroded after the attacks, and she advocated for activism.

“For far too long we have lived with the discomfort of being a second-class citizen and, frankly, I’m tired of it, and every single Muslim in this country should be tired of it,” she said in the March 23 speech, according to video posted online. “CAIR was founded after 9/11 because they recognized that some people did something and that all of us were starting to lose access to our civil liberties.”

CAIR was founded in 1994, according to its website, but its membership skyrocketed after the attacks.

Many Republicans and conservative outlets expressed outrage at Omar’s remarks. Fellow Democrats, including some who have disagreed with Omar in the past, defended her.

“First Member of Congress to ever describe terrorists who killed thousands of Americans on 9/11 as ‘some people who did something,’” tweeted Rep. Dan Crenshaw, R-Texas. The retired Navy SEAL lost his right eye in 2012 in an explosion in Afghanistan.

“Here’s your something,” the New York Post blared on its cover beneath a photograph of the flaming towers.

Pelosi, who was in Germany visiting U.S. troops, said in a statement that “the memory of 9/11 is sacred ground” and should always be discussed “with reverence.” The California Democrat said it is wrong for Trump to “fan the flames to make anyone less safe.”

Omar didn’t appear to be backing down.

She tweeted a quote from President George W. Bush, who said days after the attacks: “The people — and the people who knocked these buildings down will hear all of us soon!”

“Was Bush downplaying the terrorist attack?” Omar tweeted. “What if he was a Muslim.”

Former Texas Rep. Beto O’Rourke, said the Republican president’s tweet was an “incitement to violence” against Omar, who is Muslim-American, and others like her. O’Rourke, campaigning in South Carolina, likened the tweet to Trump’s rhetoric about Mexicans, described in the past by Trump as murderers and rapists. O’Rourke said “there is a cost and there is a consequence” to Trump’s comments. AP