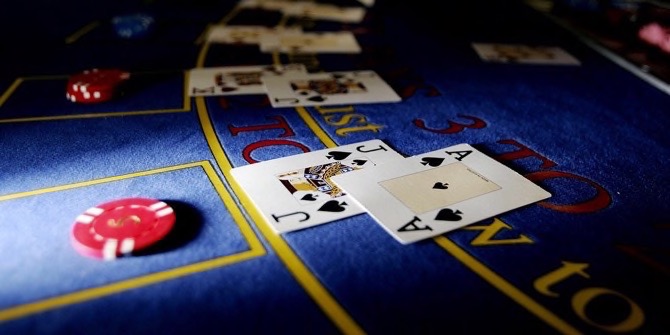 Bringing a massive casino to Chicago’s struggling neighborhoods and legalizing marijuana across Illinois is the price to pay for stabilizing the fiscal basket case that the state has become, rookie Governor J.B. Pritzker said.

“We’re putting our fiscal house in order,” Pritzker said Tuesday in an interview with Bloomberg News. “Nothing’s going to be fixed overnight, but we’ve made significant progress. And honestly, I really believe that we have turned this ship in the right direction. Illinois is back.”

Pritzker rejected the suggestion that his agenda was opening the door to a new era of crime and corruption in Chicago, where just hours earlier a powerful City Council leader pleaded not guilty to charges he extorted favors from those doing business with the city.

The state’s gaming board, not Chicago politicians, will regulate the city’s new casino, which will be twice the size of existing gambling establishments in the state. Lawmakers also legalized sports betting, clearing the way for wagering at the state’s iconic venues including the Chicago Cubs’ Wrigley Field and the Bears’ Soldier Field.

“This was all about our being able to pay our bills,” create jobs and build new schools and other infrastructure, Pritzker said.

He also described how he used the leverage of his election victory – by 16 percentage points over Republican Bruce Rauner last November – and the negotiating skills he learned as an investor that helped him pass a sweeping agenda with state lawmakers.

“You need to be able to discern the difference between someone’s posturing and what they really need,” he said of his conversations with Republican legislators, who came to the governor’s mansion in Springfield for cocktails. Some privately told him that “they had talked to me more in the first couple months of my tenure in office than they did for four years under Bruce Rauner.”

The schmoozing paid off with bipartisan support for a $45 billion capital plan. Not so much with the centerpiece of Pritzker’s agenda: A party-line vote passed his proposed constitutional amendment to replace Illinois’s flat income tax of 4.95% to make the wealthiest residents pay nearly twice as much. Voters must approve the amendment in 2020.

In the hour-long interview, Pritzker discussed a wide range of issues, from the cost of the Trump administration’s trade war to his close relationship with the Clintons, including the advice that former senator and presidential candidate Hillary Clinton gave him for how best to govern.

Illinois is the largest U.S. soybean growing state and ranks second to Iowa in corn, and Pritzker said President Donald Trump’s trade war with big soy importer China poses a long-term threat as buyers turn to Brazil and other sources.

“I can say that from my own experience – not in agriculture, but of having big customers – trying to win big customers and losing a big customer. They don’t reverse course fast. So, I’m very concerned.”

Pritzker said federal aid to farmers hurt by the trade war is “not enough,” and he’s been lobbying U.S. Agriculture Secretary Sonny Perdue for more. “That’s where most of the dollars that these farmers need are,” Pritzker said.

When several Democrats running for president reached out to Pritzker for advice, he said he touted his success in swaying Republican strongholds, including some wealthy Chicago suburbs that hadn’t voted for a Democrat since Franklin Roosevelt was elected.

Illinois last week became the 11th state to legalize recreational marijuana, which could eventually bring in USD300 million to $700 million annually, Pritzker said. The change isn’t going to encourage more use, because “marijuana is readily available now,’’ he said. More importantly, the bill allows some drug convictions to be expunged.

Pritzker said the state has set aside $29 million – the largest per-capita investment in the country – to ensure a maximum census count. A move by U.S. Commerce Secretary Wilbur Ross to include a citizenship question could hurt the accuracy of the population count, he said. “We have to get our numbers,” Pritzker said.

While the centerpiece of Pritzker’s agenda is the progressive income tax, his budget also levies another $1 per pack on cigarettes and doubles the state gasoline tax.

“To fund infrastructure, it’s important to have significant dollars available to do that, and so we had to look for it wherever we could.’’ MDT/AP