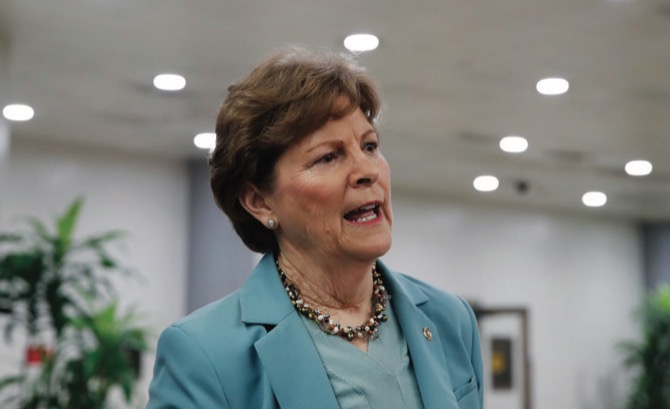 New Hampshire Democrats are looking for help from their party’s presidential candidates in overturning a law they claim will make it harder for some college students to vote.

At campaign events across the state, White House hopefuls are being pressed to speak out against the 2018 law. It subjects college students who come from other states to residency requirements such as getting a New Hampshire driver’s license if they study and vote in the state.

The law doesn’t take effect until July. But Democratic activists and voters are arguing this is a moment for presidential candidates to take a stand against GOP moves to weaken access to the ballot box in New Hampshire and elsewhere. President Donald Trump has popularized false claims about widespread voter fraud.

The issue needs to be talked about more, including on the 2020 debate stage, said Garrett Muscatel, a Dartmouth College student who won a state House seat in New Hampshire last fall.

“People often don’t think of New Hampshire as a place where voter suppression is occurring, but it is very real,” Muscatel said.

Democratic Sen. Jeanne Shaheen recently sent the declared 2020 presidential candidates a letter urging them to sign “a petition publicly denouncing this voter suppression law.” So far, 16 of the 2020 contenders, including all six senators running for president, have signed on.

Republicans have strongly defended the law. GOP state Sen. Regina Birdsell said in a statement that she is “disappointed that Jeanne Shaheen is using her time to push the false narrative that voter suppression is taking place in New Hampshire.” She defended the legislation as “an attempt to make our elections cleaner and fairer.”

Efforts to tighten voting laws have become a hyper-partisan issue sweeping through statehouses in recent years and Democrats bidding for the White House seem eager to push back. The 2020 candidates have offered a range of solutions that span from the difficult, and unlikely, path of amending the Constitution to reviving voting rights measures filed and left for dead in Congress.

During a rally in Exeter in March, Sen. Elizabeth Warren of Massachusetts noted her support for a constitutional amendment to “protect the right to vote for every American citizen and make sure their votes get counted.”

She pledged to “roll back every damn one of these voter suppression laws.”

Even the easiest path for changing the Constitution is strenuous, with any measure needing two-thirds support in both the House and Senate before it can make it to states for another hurdle where it would need to be approved by 38 of the 50 states.

Other Democrats in the presidential race have offered ideas such as same-day voter registration, restoring the voting rights of people who have been incarcerated and making Election Day a holiday. Sen. Amy Klobuchar of Minnesota proposes universal registration for eligible voters when they turn 18. AP