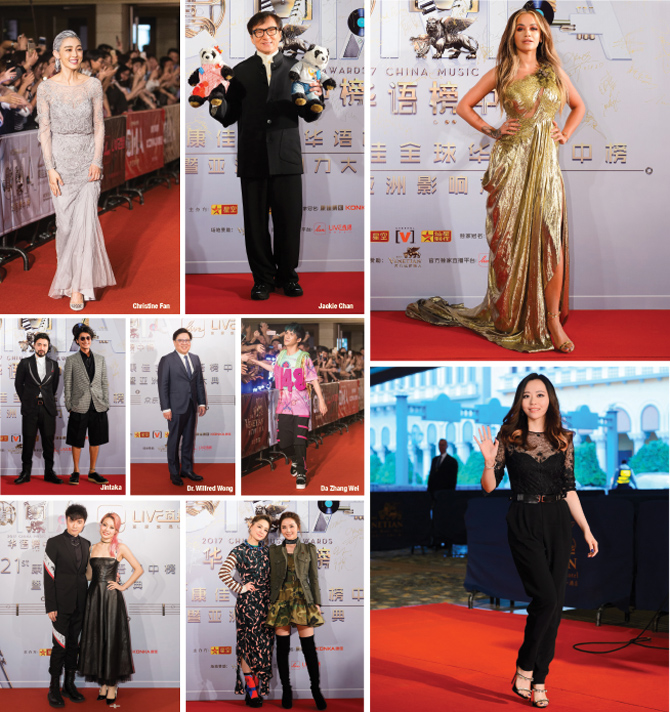 The red carpet event featured celebrity guests from the entertainment industry, followed by the awards presentation ceremony in the Cotai Arena on Thursday night.

The annual China Music Awards was originally launched in 1994, and gathers the nation’s top talent from the music industry in host cities such as Beijing, Shanghai, Chengdu, Hong Kong, Macau and Taipei.

It is the only Chinese music awards show telecast in China and around the world.

The Venetian Macao has co-organized the China Music Awards with Star Group Ltd. China since 2012.