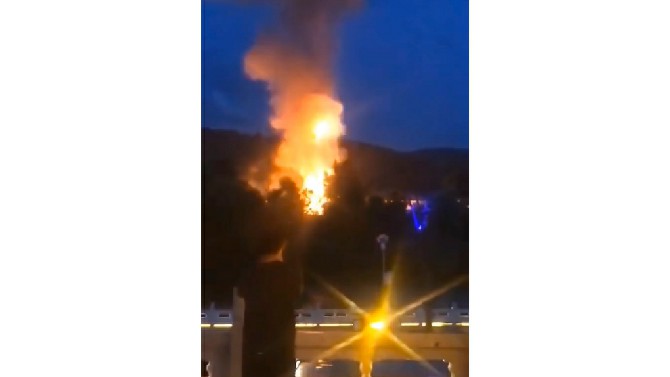 A video obtained by The Associated Press shows plumes of black smoke rising from a North Korean city near the border with China amid reports that deadly explosions occurred there earlier this week.
There has been no official word from North Korea or China about what happened in the North Korean city of Hyesan on Monday. But South Korean media and outside monitoring groups reported that gas explosions in a residential area left dozens of people dead or injured. The AP couldn’t independently confirm the reports.
The video acquired by AP shows orange flames and black smoke shooting into the sky from Hyesan as loud explosion-like sounds are heard. A few people can be seen watching the scene from the Chinese side of the border.
The video was provided by Wang Bo, a travel agent who said he shot it from a park in the Chinese border town of Changbai.
“I just saw explosions and there were a lot of onlookers who were looking in that direction. We don’t know the reason why there were explosions,” Wang said.
Wang, who said he has previously visited Hyesan, said the explosions happened not far from the city’s orphanage and tourism office.
Many Chinese border towns are very close to North Korea, separated only by the river border.
Wang said from Binjiang Park in Changbai where he shot the video, “in summer, we can see North Koreans swim in the river, and in winter, people can walk on the frozen Yalu River.”
The Associated Press verified the location after examining other tourist videos of the park that show the same structures and lights. Other videos of the reported explosions have been circulating on Chinese and South Korean social media.
In Seoul, South Korea’s spy agency and the Unification Ministry, which handles relations with North Korea, said they couldn’t immediately confirm the reported explosions. Unification Ministry spokesman Yoh Sangkey still told reporters that he felt sorry for any possible casualties.
The Seoul-based Daily NK, which specializes in North Korea news, yesterday cited unidentified sources in North Korea as saying that the explosions left 15 people dead and the death toll could rise. It earlier reported gasoline stored at a house in Hyesan ignited and led to the explosion of a nearby liquid petroleum gas cylinder, and this caused chain explosions of gas cylinders attached to other houses.
Other South Korean media carried similar reports. Ahn Kyung-su, a researcher, said one of his North Korean refugee sources in South Korea told him that she heard from her relative in Hyesan about the reported explosions during a phone conversation on Tuesday.
North Korean state media, which rarely acknowledge deadly accidents in the country, haven’t commented on the reported explosions.
But in 2017, state media reported six people died when the roof of a mine collapsed. In 2014, state media said government officials had offered an apology for the collapse of an apartment building under construction in Pyongyang, the capital. AP 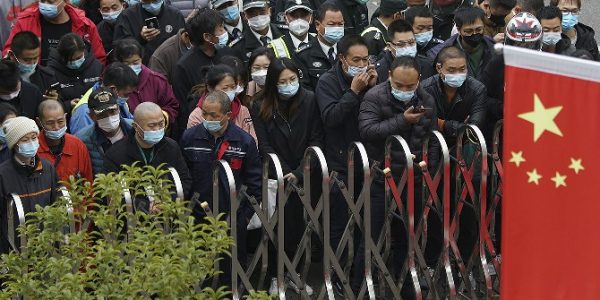 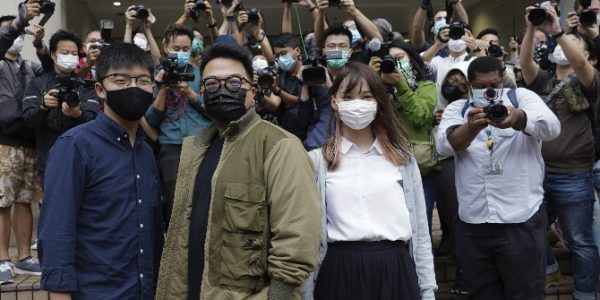 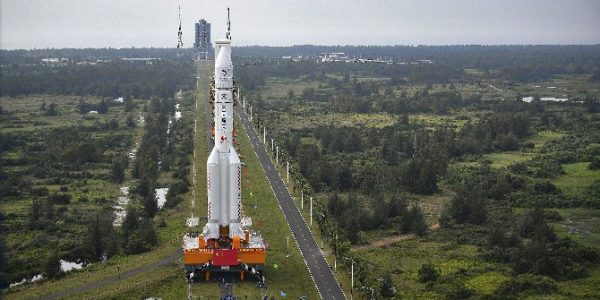 China prepping for mission to bring back material from moon 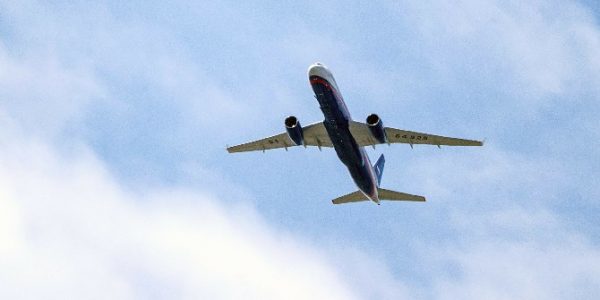 Beijing lashes out at US withdrawal from open skies treaty