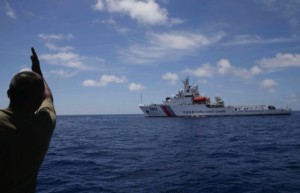 In this March 29, 2014 file photo, a Philippine Marine gestures at a Chinese Coast Guard vessel which tries to block a Philippine Government vessel from approaching the Second Thomas Shoal

Vietnam has accused Chinese authorities of beating several of its fishermen and has demanded severe punishment for those involved in an incident that could increase tensions in a sea dispute between the communist neighbors.
Vietnam’s Foreign Ministry posted a statement on its website late Tuesday saying a Vietnamese fishing vessel which was fishing near the Paracel islands on Aug. 15 was intercepted by two Chinese speedboats. The Chinese on the speedboats vandalized the fishing boat, confiscated property and beat the fishermen, it said. The Paracels are occupied by China but also claimed by Vietnam.
It said that Chinese vessels also harassed two Vietnamese fishing boats in two separate incidents earlier in August.
Vietnam demanded that China investigate and severely punish those involved and compensate the fishermen, the statement quoted Foreign Ministry spokesman Le Hai Binh as saying. The delay in lodging the demand was because it took time to investigate the incident.
Vietnam has lodged a protest with the Chinese Embassy in Hanoi.
Relations between Hanoi and Beijing plunged to the lowest point in years following the deployment of a Chinese deep-sea oil rig near the Paracels in May. China sent a flotilla of vessels to protect the oil rig while Vietnam dispatched coast guard and sea patrol boats to try to force it away. Vessels from both sides repeatedly rammed each other near the rig.
The oil rig deployment sparked anti-China protests and riots in some parts of Vietnam, resulting in the deaths of four Chinese and injuries to hundreds more.
China removed the oil rig in July after it said it had completed its work, and since then the two sides have been trying to mend relations. AP 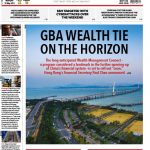