Visitor growth expected to grind to a halt in 2020 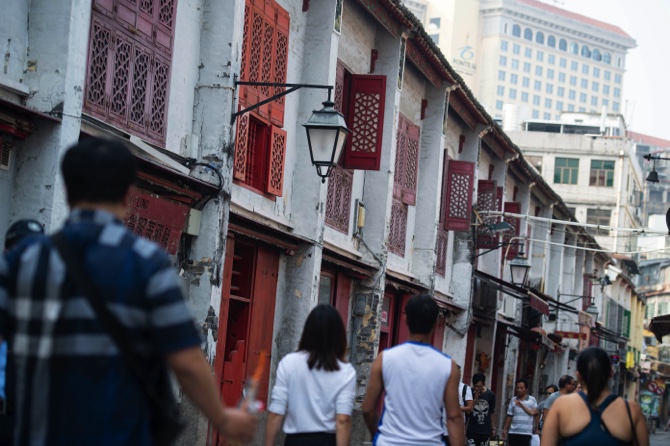 People are seen walking along Rua da Felicidade in Macau

The local government is not seeing any obvious indications that this year’s significant growth in the number of tourists will extend into the first half of 2020. Rather, the 15% year-on-year growth registered in the first 10 months of the year was likely due to the one-off impact caused by the opening of the Hong Kong-Zhuhai-Macau Bridge.

Macao Government Tourism Office (MGTO) director Maria Helena de Senna Fernandes made the remarks about the first half of next year on the sidelines of yesterday’s International Council for Small Business.

Previously, the MGTO head had confirmed that Macau was expected to receive 40 million visitors or to close to that figure by the end of this year.

Yesterday, she revised the estimate, saying that visitor arrivals “probably will not reach 40 million,” however the total number would “surely” be greater than 2018.

The latest government data shows that visitor arrivals numbered over 33.4 million in the first 10 months of the year, a growth of 15.3% compared to the equivalent period last year. The growth was led by same-day visitors, which increased by 28% to reach 17.66 million, while overnight visitors climbed 3.9% to 15.74 million.

Senna Fernandes attributes the strong year-on-year growth in visitors to the impact of the Hong Kong-Zhuhai-Macau Bridge, which opened in late October 2018. She suggested that the growth in the number of tourists to Macau had begun to taper off as recently as last month. November’s visitor arrivals are expected to be released later this month.

Yesterday, the tourism official said that her office expects visitor arrivals for November to decrease in year-on-year terms.

According to Senna Fernandes, the preliminary data supports this conclusion, but the final tally has not yet been announced.

Hong Kong’s situation is to be blamed for the decrease, according to the tourism chief. The situation in Hong Kong has meant a decrease in both the number of international visitors and tour groups from the mainland, the largest source market for Macau tourism.

As for the upcoming Christmas holiday, the MGTO director hopes that there will be a large increase in visitor arrivals and that the hotel business will perform slightly better. Full-year visitor arrival data is usually disclosed by the government in late January.

Senna Fernandes also highlighted the possibility of tourism products to be jointly developed with Zhuhai in future.