Vox Parva: Advice from the Synod on the Family 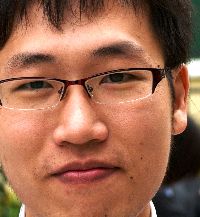 The Synod on the Family, from October 5 to 19, titled “Pastoral challenges to the family in the context of evangelization”, finally concluded after debating quite a number of controversial issues. It somehow raises  hope but unfortunately, actual changes are quite limited.
One cannot please everybody, as the Proverbs say, “It is dangerous to be concerned with what others think of you.” To Pope Francis, he may feel exactly what that means, because he has to deal with the most intimated brethren during the two week meeting. Who are they? The Cardinals. This is surely one of the greatest challenges he has had to face this year. But at the same time, it is also an opportunity to advance, to listen, to reflect, and to balance out between the pace of revolution and traditional doctrines.
The meeting does not intend to alter or add any new laws, regulations and doctrines during the synod at the very beginning. Rather it tries to brainstorm and reflect all possible ways to adjust the pastoral view in Catholicism generally: Homosexuality, economy, war, bullying, individualism, marriage loyalty, divorce, nullity of marriage, etc. In the simplest terms, Pope Francis is practicing the way of mercy – to tackle, care and support those who are non-mainstream. They are in despair because they are not fitting in the idea of moralism, which puts laws and rules into absolutes without exercising the Greatest Commandment.
Some new approaches were imposed. During the synod, Pope Francis was very patient. He basically did not speak in the synod, but encouraged the participants to bring in the “local voices”. Also, Italian substituted Latin – the official language of the Church – during the oral presentation of the concluding document. In addition, he did not distribute leading documents to “guide” the discussion, so to speak. In fact, as Francis X. Rocca in the Catholic News Service said, many critics have complained that the synod is not a true expression of the bishops’ collective authority, as rooted in Catholic tradition and reaffirmed by the Second Vatican Council. They have characterized it instead as a mere advisory body to the pope. Therefore, if the pope follows the old method, the bishops will be accused of being second guessed and concurring to what he thinks. In this way, the pope can also examine how far he and his cardinal brothers’ gaps are.
And it turns out that unfortunately, there is still a distance amidst the advice. In the concluding document we can see in those 62 articles that there are some highlights about accepting the marginalized. For instance, the Holy See will revise the nullity of marriage process by clearing excessive appeal cases, reducing the group of judges, as well as enacting administrative instead of legal procedures. Pastoral efforts should also include the issue of homosexuality. However, the wording of the concluding document turned out to be conservative compared with the controversial mid-report. In view of evangelization, there aren’t any brand new ideas to inspire the future. In addition, the document has a strong taste of western philosophy, which would seem a pity to non-European countries, especially those who are under severe persecution, poverty and war.
Anyway, it is a sounding echo to the divorces and “re-marriages” because it opens a way for them to be included in the communion of Christ. Currently the issue is not the fact that we are sinners, but that we deny we are.