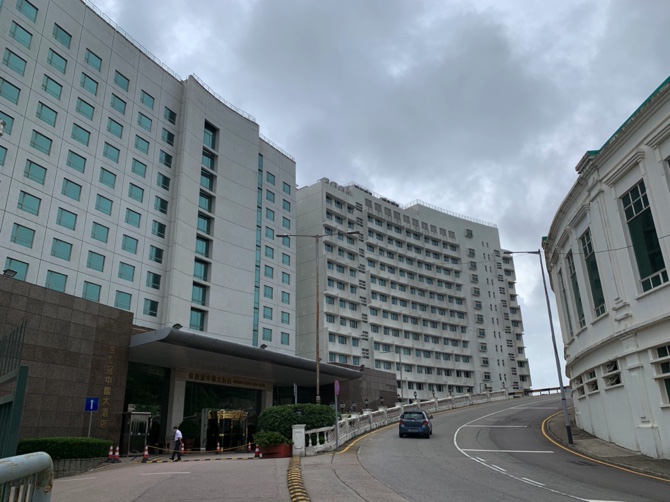 Health official and public health doctor Leong Iek Hou pointed to people coming in from regions of higher risks. “We have recorded new imported cases on an everyday basis recently,” she emphasized.

Macau’s quarantine requirements depend on the strategy that the government desires to take against Covid-19, Leong explained in response to a question on whether it is correct to say that quarantine will remain as long as the disease has an incubation period.

She added that unless changes to certain factors – such as the existence of new and effective medications – occur, which will lower the burden on the city’s healthcare services even if there are outbreaks, quarantine will likely linger for a noticeable period of time.

“If in the future we have strong enough confidence [on the aforementioned factors], we can then start discussing shortening or lifting quarantine,” Leong concluded.

Her justification for the quarantine requirement is to identify risky people during the confinement period using SARS-CoV-2 nucleic acid tests (NAT) as a tool, “so as to avoid them bringing the virus into our communities,” the public health doctor said, adding that the city has no SARS-CoV-2 now as it is under “regular Covid-19 prevention mode.”

She said if quarantine is significantly shortened or even lifted, “it will be quite certain that there are risks of community outbreaks.”

“This is against our policies of preventing imports or relapses and ‘dynamic Covid zero’,” she added.

She elaborated that data is being collected from various sources to consider whether adjustments to quarantine will be feasible.

Hong Kong recently announced that it was considering further relaxing its quarantine requirement, generally related to the length of quarantine. The neighboring city is contemplating zero days of mandatory quarantine before seven days of health self-management.

On the question of the sources of the data the Health Bureau (SSM) was collecting to contemplate any changes to quarantine, Leong disclosed that the bureau would study data from “a multitude of places, such as mainland China, Hong Kong and Macau.”

Factors that the SSM will consider include on which day an incoming person will have their infections detected.

Ma Chio Hong, division head at the Public Security Police Force (PSP), told the press conference, while responding to a question, that no news has been received so far as to extending the NAT validity for travels between Macau and Zhuhai.

The validity period in action is 48 hours.

At yesterday’s briefing, the tourism official was questioned about the tourism regulator’s outlook of tourism numbers during the upcoming October 1 holidays. October 1, being the National Day of the People’s Republic of China, equates to a week of holidays in mainland China.

The official admitted to the unstable Covid-19 condition in parts of the country, hindering residents’ desire to conduct cross-provincial travels. Nonetheless, the official pledged that the bureau would remain as diligent as usual to promote Macau to mainland residents as a safe travel destination.

On the other hand, local flag-carrier Air Macau recently announced the resumption of flights to certain destinations and given the government’s aim of attracting foreign tourists, the tourism official was also asked to comment on the matter.

Lau’s main focus was not about initiatives to attract foreign tourists, but about the MGTO’s effort in ensuring enough quarantine hotel rooms would be offered to people who want to return to or visit Macau.

Moving on, the tourism official emphasized that the MGTO has been constantly conducting online marketing campaigns. The bureau will consider the development of the situation to expand its marketing efforts.

“Although we cannot do an offline marketing campaign currently, we will retain our online efforts,” Lau told the press conference.

In spite of entry permission being issued to citizens from 41 countries, quarantine-upon-arrival measures of up to seven days – excluding three more days of yellow health code, implying the person will not be accepted anywhere public – is still in place, unless people are entering from low-risk regions in mainland China.