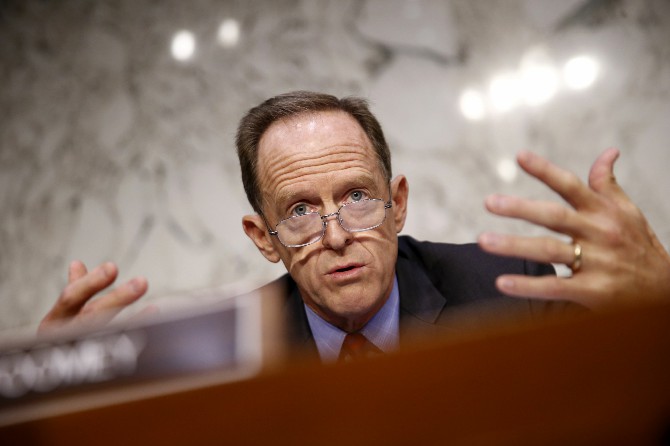 President Donald Trump has yet to sign legislation that would impose sanctions on certain Chinese officials over Hong Kong, but other moves against Beijing are possible before long.
An administration official told reporters early Saturday that Trump is considering two or three actions against China, with a high probability something could be unveiled soon – more likely in days than weeks. The official didn’t specify what the actions might be or provide other details.
The Senate gave final approval on Thursday for the Hong Kong Autonomy Act, which would impose sanctions on Chinese officials cracking down on dissent in Hong Kong, after the House unanimously signed the bill on Wednesday.
Trump could sign or veto the bill; the White House hasn’t given a signal either way.
The House and Senate moved quickly to enact the legislation after the Chinese government imposed a new national security law in the territory that critics say is aimed at squashing protests against the government and could lead to, in some cases, life imprisonment.
The legislation has been a high priority for members of both parties, who’ve been joining forces on measures to pressure the government in Beijing on trade and human rights.
“I have no doubt that the president will sign it and I’m confident that it will be properly enforced,” said Pennsylvania Republican Senator Pat Toomey, who co-sponsored the Senate version with Democrat Chris Van Hollen of Maryland.
The Senate approved its bill by voice vote last week, but it was modified slightly in the House and had to be passed again by the Senate.
The legislation provides for sanctions against financial institutions working with Chinese officials who are determined by the U.S. to be interfering in Hong Kong affairs. It requires the State Department to report to Congress every year about officials who seek to undermine the “one country, two systems” model that applies to Hong Kong. It gives the president the power to seize the assets of those individuals and block their entry to the U.S.
The law gives banks a kind of year-long grace period to stop doing business with entities and individuals the State Department determines to be “primary offenders” when it comes to undermining Hong Kong’s autonomy. After that period, the Treasury Department can impose a variety of penalties on those institutions, including barring top executives from entering the U.S. and restricting the ability to engage in U.S. dollar-denominated transactions, according to Toomey.
The sanctions would apply to Chinese banks as well as Chinese subsidiaries of U.S. banks, Toomey said during a conference call with reporters. He indicated it would mostly affect the largest Chinese lenders that do business with the U.S. Bloomberg