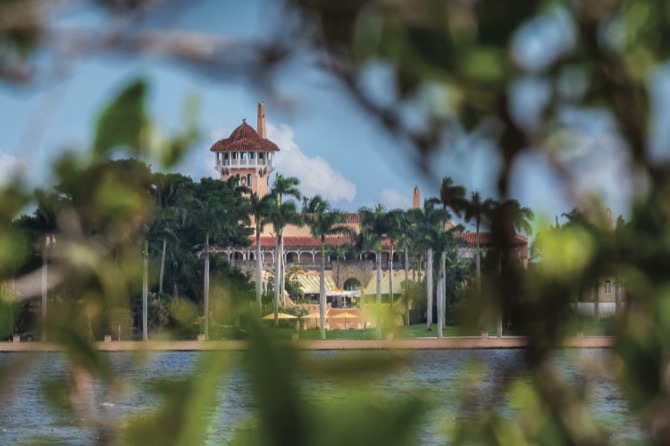 The suspect, Yujing Zhang, also had four mobile phones, a laptop computer, an external hard drive and a thumb drive found to contain malware, a Secret Service agent said in an affidavit filed in support of the charges against her. The passports were from China, not “Republic of China” – the formal name of Taiwan – as was written in the affidavit, said Marlene Fernandez-Karavetsos, a spokeswoman for the U.S. Attorney for the Southern District of Florida.

Zhang appeared before U.S. Magistrate Judge William Matthewman Monday, according to the court’s electronic docket. He scheduled a bail hearing for April 8 and her arraignment for one week later. She remains in federal custody.

China Foreign Ministry spokesman Geng Shuang told a regular briefing in Beijing yesterday that he had no information on the case.

Passing signs informing her that she was entering a Secret Service-restricted area, Zhang told the first agent she met that she was headed to the Mar-a-Lago pool, presenting her passports as proof of identity, according to the affidavit submitted by Secret Service Special Agent Samuel Ivanovich.

Cleared through that checkpoint after a Mar-a-Lago employee said she might be related to a member with the same surname, Zhang was picked up by a golf-cart-driving valet whom she was unable to tell where she wanted to go. The driver brought her to the main reception area where Zhang said she had come for a United Nations Chinese-American Association event, even though none was scheduled.

The receptionist then let Ivanovich know that the woman wasn’t authorized to be on site and she was arrested. Zhang later told agents she had been told by a friend to go to Mar-a-Lago and talk to a member of Trump’s family about U.S.-Chinese economic relations, according to the agent. Ivanovich said Zhang was conversant in English.

“The Secret Service does not determine who is invited or welcome at Mar-a-Lago; this is the responsibility of the host entity,” the agency said in a statement Tuesday night. “This access does not afford an individual proximity to the president or other Secret Service protectees.”

The statement, which did not mention Zhang by name, said that she was allowed onto the property “once Mar-a-Lago staff determined an individual was to be granted access.”

At the next screening checkpoint, the statement added, the reception staff “determined that the individual should not have been authorized access,” and she was arrested. Andrew Harris, Bloomberg