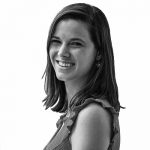 Airline change fees are a pre-pandemic relic and they should stay that way.
In 2019, U.S. carriers generated $2.8 billion in revenue from penalizing customers for changing a flight booking, according to the Transportation Department. Those fees often applied even if the reason for the switch was a personal or family emergency. But when the coronavirus pandemic presented airlines with the greatest emergency the industry had ever faced, it forced a reckoning over the onerous fees. United Airlines Holdings Inc. moved first, announcing in August that it would permanently drop $200 change fees for most domestic tickets. Just one day later, Delta Air Lines Inc. and American Airlines Group Inc. followed suit. (Southwest Airlines Co. has never charged change fees.) With the pandemic dragging on, American upped the ante in November and also dropped fees for certain international flights that previously could amount to as much as $750. Delta and United soon copied that move, too.
It was as if they remembered they were in the customer-service business.
“The only way in the long term we can be successful with customers was to eliminate change fees,” United CEO Scott Kirby said earlier this month at a JPMorgan Chase & Co. conference. “That’s why we did it permanently.” The question, though, is what permanent really means. There’s a significant amount of money at stake. Airlines need passengers more than passengers need airlines at the moment, but that dynamic is likely to flip in time and carriers’ new resolve to forego these extra fees may weaken. Even so, this is one pandemic change that should — and likely will — stick.
Slapping passengers with fees again would create unneeded bad will. Morale could suffer, too. The airline employees that would have to enforce any new change fees have already had to deal with enough during the pandemic, from risking their lives to show up for work, enforcing face-mask compliance and depending on the fickle generosity of Congress for job security. Indeed, United’s Kirby said the change-fee pivot was as much about the company’s culture as it was about customers. “You’ve been there for 30 years, and you’ve had to see a customer come up and say, ‘Hey, my grandmother passed away and I need to change my flight.’ And you say ‘Well thank you, sir. You can, sir, but you’ve got to pay $200,’” Kirby said. “We forced our employees to defend the indefensible. That creates a jaded environment.”
Change fees are also just bad business: Whatever airlines make in penalties, they risk losing in market share.
Leisure travel is the game now and two low-cost carriers catering to sun-and-snow markets — Frontier Group Holdings Inc. and Sun Country Airlines Holdings Inc. — are raising fresh capital through initial public offerings.
That doesn’t mean airlines won’t make anything off of last-minute trip changes. Notably, Delta, United and American all exempt the cheapest “basic economy” tickets from their newly flexible policies. Flights originating from an international destination may also still be subject to penalties. Be sure to read the fine print: United, for example, is waiving change fees on international flights originating from the U.S., while Delta is eliminating them for flights out of North America and American is offering this benefit for trips out of both North and South America. Passengers are still required to pay the difference in fares, and credits usually expire after a year. Carriers may make cutbacks to other passenger amenities to make up for foregone fees. Airlines are still, well, airlines. But change fees as we knew them seem dead enough.  Brooke Sutherland, MDT/Bloomberg