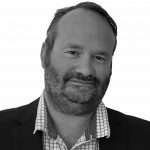 Reconciliation is breaking out across the Middle East. A Saudi-led quartet of Arab states has ended a three-and-a-half-year embargo of Qatar. Turkey is seeking accommodations with France, Greece, Israel, Egypt,  the United Arab Emirates and Saudi Arabia after years of tensions. Egypt, Jordan, France and Germany are pressing for new peace talks between Israel and the Palestinians.
There is every prospect other Arab states will join the UAE, Bahrain, Morocco and Sudan in normalizing relations with Israel — Oman and Qatar are the likeliest. Even Hamas in Gaza seems open to terms of cohabitation with the Fatah-led Palestinian Authority in Ramallah.
This unprecedented series of pronouncements and meetings in the region comes on the run-up to the inauguration of President-elect Joe Biden. It bookends an era of Hobbesian hostility in the Middle East that characterized President Donald Trump’s isolationism, and the eagerness of other powers — notably Russia — to upend American global hegemony.
Trump’s vow to put America first destabilized traditional U.S. relationships with Europe, NATO, allies in Asia and multi-lateral approaches to various conflicts in the Middle East. He described the Syrian conflict, where the U.S. had successfully built a coalition to defeat Islamic State, as a wasteland of “blood-stained sand.” He told the graduating class of West Point that it was “not the duty of U.S. troops to solve ancient conflicts in faraway lands that. many people have never even heard of. We are not the policemen of the world.”
This was a radical departure from President George H.W Bush’s “new world order” that set the U.S. on course to play a key role in the Middle East in the 1990s and 2000s. Trump’s message to countries in the region was that they should go it alone. While there were already wars in the region when he came into office, American inattention allowed the intensification of conflicts, usually involving foreign actors—Turkey, Russia and Egypt in Libya; Saudi Arabia and Iran in Yemen; Turkey, Russia and Iran in Syria.
Even though the Trump administration took a tough approach on Iran sanctions, the Islamic Republic felt free to step up attacks on shipping in the Gulf of Oman, use drones and cruise missiles against Saudi oil infrastructure and traffic men, money and munitions to proxy militias in Iraq, Syria, Lebanon and Yemen.
With Biden administration now imminent, many belligerents are softening their tone in anticipation of a more active American role in the region. Even Iran, which has bucked the trend by ratcheting up uranium enrichment and conducting a series of sabre-rattling exercises, is hoping the President-elect will quickly disavow Trump’s policies.
Expectations of a return to the pre-Trump order have been heightened by the President-elect’s choice of officials with substantial Middle East experience for key cabinet positions: Anthony Blinken (nominee for Secretary of State), Lloyd Austin (nominee for Secretary of Defense) and Jake Sullivan (nominee for National Security Advisor). It is not lost on anyone in the Middle East that Biden himself has had a long, deep engagement with the region, and a personal connection to many of the key players.
So, at the very least, the region’s leaders are inclined to ease up on their mutual hostility as they wait to see how the new dispensation in Washington addresses their anxieties and ambitions. It is striking how, after several years in which each week seemed to bring the prospect of fresh confrontation or conflict, a calm has descended over the Middle East.
The existing hostilities won’t end with Biden’s swearing-in, of course. But it might just end the impression that countries can use any means to get what they want in the absence of an American-led, rules-based international order. That view, fostered by Trump, encouraged a scramble for ungoverned spaces and occupation of weak states or disputed areas. Now that Biden has declared, “America is back,” it appears the Middle East is paying heed. 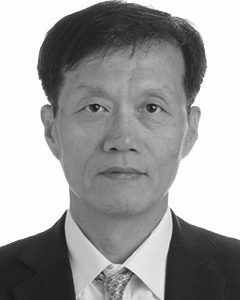