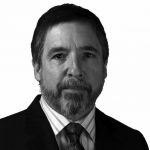 That was almost … normal.
And, as presidential inaugurations go, nicely done. Three excellent musical performances, an outstanding poem from Amanda Gorman, fully appropriate prayers from clergy. The Capitol balcony filled with distinguished politicians from both parties. The always excellent Marine Corps band.
And normal President Joe Biden, giving a normal inaugural address.
Of course it wasn’t really a normal inauguration. The absence of the usual crowds of citizens — even the podium was nowhere near as crowded as it usually is when new presidents take the oath of office — and the face masks were constant reminders of the coronavirus pandemic. The heavy security visible in the days leading up to Wednesday’s event was a reminder that a mob of insurrectionists rioted in the Capitol just two weeks ago. And the outgoing president who provoked that mob and prevented a peaceful transfer of power was nowhere to be seen.
Biden’s challenge continues to be that his two main promises — to restore traditions and comity after Donald Trump’s divisiveness and lawlessness, and to try to enact an aggressive liberal policy agenda — don’t fit naturally together. His inaugural address met that conflict head on.
He was helped, if that’s the correct word, by the events of Jan. 6. The rout of the Capitol mob allowed Biden to claim that “democracy has prevailed,” and to place his presidency on the side of unity and against what he pointedly called “white supremacy.” Biden championed an America in which the government tackles the problems of the day and in which there is room for democratic disagreement about how to go about it. In this way, Biden claims that his job and the job of the American people is to “restore the soul and secure the future” of the nation, which “requires the most elusive of all things in a democracy: unity.”
All this would have sounded arrogant — claiming all of democracy for himself and for Democratic policy goals — if it hadn’t been for Trump’s weeks-long attempt to overturn the election, with the support of many congressional Republicans and, eventually, of the mob. But Biden could speak for everyone who supported the Constitution, Democrats and Republicans alike.
Biden would have asked for unity anyway; all presidents except for Trump promise to govern on behalf of the entire nation. But the context elevated this commonplace above the level of cliche. When Biden talked about “a constant struggle between the American ideal that we’re all created equal, and the harsh, ugly reality that racism, nativism, fear, demonization have long torn us apart,” he wasn’t just spouting talking points. He was calling out tangible threats to the republic.
Biden was inviting everyone, including Trump supporters, to unite in rejecting Trumpism, without insisting that unity required agreement with Democrats on specific policy questions. At the same time, he essentially invoked Trump’s mob to give himself and the slim Democratic majorities in Congress license to work towards their policy goals, no matter how controversial, without violating the underlying unity. That is, in the face of true “bitterness and fury … exhausting outrage … [and] a state of chaos,” Biden promises that we can all be united no matter how many differences and disagreements we have.
I doubt that Biden’s speech will go down in history as one of the greatest, but it was solid and well delivered. He promised to “lower the temperature,” and that should be a fairly easy promise to keep (even as the Senate prepares to try Trump after his second impeachment).
Inaugural speeches don’t determine whether a presidency will succeed or not; that’s the hard work that’s ahead. But they do mark the next stage of representation, in which presidents begin to explain what they are doing in office in the context of what they promised to do on the campaign trail. That makes them important. As is the democratic and patriotic pageantry surrounding them.
Normal? Almost. Nice? Very.