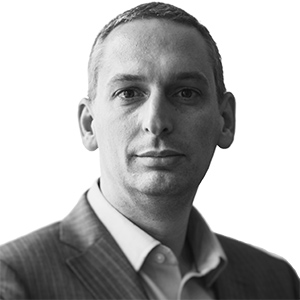 China flew a significant force of bombers and fighters near the Taiwan Strait over the weekend, one of the largest in an escalation of nerves over several months but more important as a test of President Joe Biden’s administration. The new team didn’t give Beijing a free pass.
The State Department quickly issued a press release about the Chinese military maneuver, stressing regional alliances and rock-solid support for Taipei. This is less routine than it looks after four years in which Donald Trump’s cadre of China hawks showed unprecedented support for Taiwan, and the question arose whether the Biden team would feel compelled to keep pace. While Biden is likely to approach policy differently, the response reflects what will probably be a more bedrock  bipartisan support steadier than the whims of the prior president.
Earlier this month, I wrote that Trump’s “incessant desire to keep needling Beijing, for domestic political distraction, elevated Taiwan’s status.” The concern here in Taipei, and one shared by many who keep an eye on the trilateral Taiwan-China-U.S. relationship, is that Trump was merely using Taiwan as a cudgel in a broader fight over everything from trade to viral outbreaks. Taipei had to wonder if the new level of attention would end with his last day in office.
The State Department’s words were careful and low on rhetoric, yet more powerful because of it. Significantly, the diplomatic and economic pressure that Beijing applies were singled out as well as the military activity. The Taiwan issue was placed in the broader context of U.S. regional interests, hinting at more multilateralism following an administration that was erratic on alliances and international organizations. That will be welcome to traditional U.S. allies from Japan to Southeast Asia. Beijing responded Monday with its default plea for Washington to “properly and prudently handle Taiwan-related issues.”
The backdrop has been an escalation of Chinese military sorties into Taiwan’s air-defense identification zone since June, with almost daily incursions this month. On Jan. 23, a 13-strong fleet including eight bombers with nuclear-strike capabilities marked the biggest intrusion in at least four months. The constant barrage of flights has forced Taiwan to scramble its own jets in a game of cat and mouse that has so far remained accident-free.
Aerial probes are the stuff you can see — tracked by a radar on a screen. What’s less visible are the dozens of maneuvers that Beijing makes every year in the diplomatic space behind closed doors, such as refusing a researcher access to an international biology conference and the alleged attack on a Taiwanese diplomat in Fiji. Last year, Taipei’s rapid response to the coronavirus bought priceless international respect that’s been the biggest setback for Beijing’s isolation campaign in a long time.
But it’s early days, and what happens next will be crucial. Among Biden’s first moves in taking office was to renew the U.S. membership of the World Health Organization, yet his Asia policy has yet to be clearly enunciated. One of the last moves  from outgoing Secretary of State Mike Pompeo was to announce the lifting of restrictions on interactions with Taiwan, a symbolic but important sign that Taipei’s stature is on the rise.
In its 2020 annual report, the congressional U.S.-China Economic and Security Review Commission dedicated one of its five chapters to Taiwan and offered four recommendations. Among them were making the de-facto ambassador to Taipei — who currently serves under the title of Director of the American Institute in Taiwan — a presidential nomination, and decreeing that the U.S. “as a member of any international organization, should oppose any attempts by China to resolve Taiwan’s status by distorting the language, policies, or procedures of the organization.”
Should Biden take up some of these proposals, he’d send a message that not only is he taking an interest in Taiwan but that he views it as an issue with support across both sides of Congress. A bipartisan Washington is not the united front Beijing would like to see.
Tim Culpan, MDT/Bloomberg