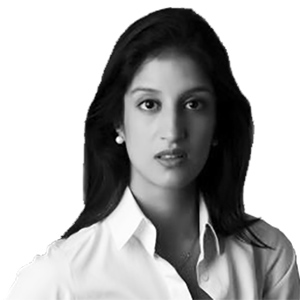 It happens again and again. Every time Chinese banks start sweeping their books of bad loans, investors are convinced it will be the tail-end of a chronic problem. Somehow, they tell themselves, lenders are going to have to emerge with a clean slate and be ready to keep credit flowing. And the power of positive thinking dissolves the misgivings. At least for a while.
This time though, it will pay to be watchful. Even with the trappings of an industrial resurgence, the economic recovery from Covid-19 has been uneven. Fiscal stimulus measures haven’t been universally beneficial. Some provinces but not all have been buoyed; some companies but not all are coming out stronger. Small manufacturers that accounted for a quarter of all yuan loans are struggling to find a firm footing. Financial stresses and credit events are rising.
Indeed, as banks dispose of bad loans, more keep coming. The numbers are staggering: After disposing of over 3 trillion yuan ($465 billion) of soured loans last year, non-performing assets continued to rise, up 281.6 billion, even as regulators allowed more loan forbearance to prop up companies climbing out of the virus slump. That’s compared to the almost 4 trillion yuan of loans banks cleared away in 2018 and 2019 combined.
For now, investors are — once again — cheering the fact that banks are fessing up and clearing their books. The non-performing loan, or NPL, disposal rate – measured as the ratio of NPL disposals to the previous year’s balance of bad loans – rose to its highest since at least 2017.
Facing up to the truth is good news. But here’s the thing: Companies, provinces and assets that weren’t previously vulnerable are now under pressure. The debt of local government financing vehicles and property developers are looking precarious while several trust investment firms are on shaky ground. Dozens of small, provincial banks continue to merge as their customers go belly-up; defaults and bankruptcies are rising.
“The level of financial stress and the frequency of credit events across China’s asset markets are well in excess of what took place during” previous economic downturns and financial tightening, according to analysts at Rhodium Group. They note that the significant growth in interest due, relative to the economy’s capacity to service debt, has contributed to the situation.
There is no doubt that coping with this will largely fall to China’s 319.7 trillion yuan banking system. Lenders will need to keep expanding credit to prop up the economy while absorbing bad debt costs at a time when bank profits are already waning.
Much of the burden is on the weakest of China’s lenders. While big banks managed to eke out profit growth last year, their smaller peers’ profits were down between 3% and 15%. These are also the banks that have a much higher share of lending to credit-starved, small and medium enterprises — close to 50%.
With lenders’ diminishing ability to generate capital from retained earnings, just setting aside provisions and absorbing the deluge of bad loans won’t cut it anymore. Building those buffers is expensive. In addition, banks also need to return money to shareholders in the form of dividends to keep them happy.
To maintain the delicate balance, something will have to give: either dividend payouts take a hit, bad loans stop coming to the fore as fast, or lenders turn to capital raises. There are few winners in these scenarios. Alternatively, the credit supply shrinks and banks then turn away from core businesses that don’t require as much capital.
In previous cycles, the prospects of profit growth helped alleviate asset quality and capital concerns. That can no longer be taken for granted. Unless regulators decide that bad loans can be continuously rolled over and forborne, lenders don’t have much incentive to keep cleaning out their books in a big way.
Chinese banks’ price-to-book ratios have been ticking up since December as investors regain confidence in their balance sheets. It may be a little too early for that kind of optimism. Anjani Trivedi, MDT/Bloomberg