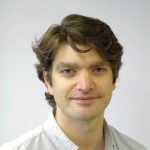 Brexit optimism is in the air. The U.K. and the European Union have resumed trade talks after a highly theatrical fallout, promising to ramp up the speed and intensity of negotiations with a view to settling on a draft deal by next month. “An agreement is within reach,” EU negotiator Michel Barnier said last week, boosting the pound to its highest level against the dollar since August.
The mood is good, but the reality is complicated. What any agreement will contain is still a bit of a mystery, and that’s largely because the biggest obstacles have yet to be overcome, and they’re very political and very emotional ones.
It’s one thing to quibble over how much of a car’s components can be sourced from abroad to count as “European” for tariff purposes; it’s quite another to get both sides to agree on new rules for business subsidies and social and environmental standards after 40 years of free trade. What the Brits see as their sovereign, post-Brexit right — maximum access to EU markets, minimum regulatory oversight — the EU understandably sees as an existential competitive threat. Even economically small issues such as fishing quotas are politically huge for both sides. While concessions are necessary (Reuters reports one on fisheries is looming) they’re hard-won.
For a sense of how little progress has been made, look to parliamentary politics. Even as technocrats talk about tariff barriers and quotas, a draft law is working its way through the U.K. parliament that would aim to tear up the Brexit Withdrawal Agreement signed with the EU last year. That bill has prompted a rebuke from the House of Lords and the Scottish Parliament, and triggered a legal challenge from the EU. If it became law, it would likely kill all chances of a trade deal. While dismissed by some as a negotiating tactic, it does seem to chime with Prime Minister Boris Johnson’s own personal indecision over what kind of deal, if any, he could sell to his domestic support base.
Over in Brussels, the EU’s own parliament is also cracking the whip. In June it adopted a report on Brexit with “strict” demands on a level playing field for regulatory standards and subsidies. It has threatened to reject any treaty that doesn’t respect the last point. “We will not ratify a deal at any cost,” Christophe Hansen, a Christian Democrat from Luxembourg who sits in the same center-right bloc as German Chancellor Angela Merkel’s party, tells me. (We don’t even know yet whether all 27 EU members will have to ratify this treaty, too.)
The pressure to approve any deal will be immense for both parliaments. Time is running out before the transition period ends on Dec. 31. With so many other priorities piling up, from Covid-19 to more joint borrowing, patience will run out. The EU’s member states are good at nudging their European deputies in certain directions when their interests are at stake.
But that’s why the European Parliament is flexing its muscles now, rather than after a draft treaty lands in everyone’s inbox. Its members meet regularly with Barnier and aren’t shy about expressing concerns over their red lines. That includes fishing, with several deputies warning against giving the Brits too many concessions on single-market access to maintain quotas. “The European Parliament is really there at the negotiating table,” according to Valentin Kreilinger of the Jacques Delors Institute, a Paris-based think tank.
Given the importance of getting a deal that’s acceptable to both sides — and considering the economic chaos a no-deal Brexit would probably unleash— political buy-in will become crucial as the clock ticks down. In an ideal world, the Brits would back down from using their parliament to overturn previously agreed treaties, while the EU’s parliament would help find acceptable compromises that could be sold to constituents as better than the alternative. Now, that would call for intense negotiations. Lionel Laurent, Bloomberg