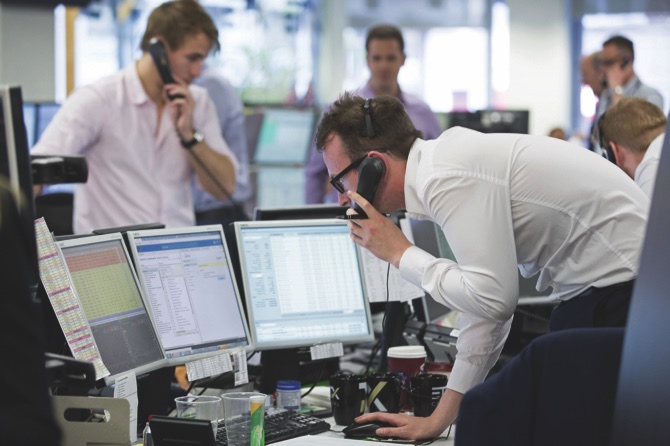 CEOs and bankers had been preparing to push the button on deals and fundraisings after Britain voted to remain in the European Union. Those hopes have been dashed overnight.
The referendum is the biggest threat in a generation to London’s position as Europe’s pre-eminent financial center. If the U.K. capital is to defend that position, it could really do with staging an impressive IPO very soon.
Brexit will upend the math behind many deals. Stock-market volatility will thwart the ambitions of companies looking to raise equity capital and of private-equity firms seeking to exit their investments. Some companies may now rethink plans to go public, whether in London – or elsewhere in Europe.
Activity had already been muted in the run up to the referendum: companies had announced USD3.2 billion of IPOs in Britain so far this year, compared with USD9 billion in the year-earlier period, according to Bloomberg data. But in the weeks ahead of the referendum a handful of IPO successes in continental Europe – notably Philips Lighting – had turned the mood more positive.
A big IPO in coming months would have huge symbolic resonance. The obvious candidate would be Telefonica’s U.K. mobile business, O2, which has been weighing a listing. There are other candidates. Blackstone, for example, is exploring a sale of Logicor, in a deal that could value the European industrial property group at $11 billion. Or there’s oil storage business Puma Energy. Trafigura, owner of a 49 percent stake, has talked to banks about a possible share sale valuing it at more than 4 billion pounds ($4.5 billion), Sky News reported last month.
In mergers and acquisitions, the bellwether will be London Stock Exchange’s merger with Deutsche Boerse. While both companies reasserted their commitment to their union in the hours after the referendum, the German exchange may be subject to domestic pressure to leave London to go it alone. If the deal falls apart, it may be taken as a powerful sign that the Brexit vote has diminished London.
The fact that the referendum has hurt the value of the euro as well as sterling means the terms of many major pending deals haven’t been radically changed. Brewer AB InBev’s 44 pounds-a-share cash offer for London-listed SABMiller is denominated in a currency that has now been substantially devalued. But the share-based alternative being offered in AB Inbev’s euro-denominated shares isn’t worth much more.
As for future activity, a sustained market sell-­off combined with sterling weakness could leave many U.K. stocks looking cheap to foreign acquirers. British companies with large international businesses may be the most attractive because they may be least hurt by post-Brexit uncertainty. Boards of London-listed companies will want to be on guard to defend against opportunistic bids.
London’s dealmakers may still be busy in the second half – but not doing the work they expected. Chris Hughes, Bloomberg