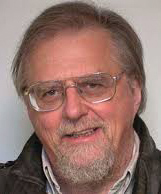 Ebola is a truly frightening disease, with a fatality rate as high as 95 percent (although the death rate in the current outbreak in West Africa is only 55-60 percent). At the moment, it is largely confined to a heavily forested inland area where the borders of Liberia, Sierra Leone and Guinea meet, although cases have already appeared in the capital cities of all three countries.
It could get much worse. If ebola successfully made the jump to a more prosperous, densely populated country like Nigeria, whose citizens travel all over the world, the current 800 recorded deaths could become 8,000, or 80,000, or even more. And the worst of it is that there is no effective vaccine or treatment for ebola.
Let me rephrase that. There is no APPROVED vaccine or treatment for ebola. There are candidates, some of which have shown promising results when tested on non-human primates. But they haven’t gone through the full testing process that is necessary before they are approved for human use, because nobody was willing to pay for it.
The normal procedure in the United States, home to more than half of the world’s major drug companies (“Big Pharma”), is that basic research for new drugs may be paid for by government grants or even by private philanthropy (like Bill Gates’s USD200 million donation for research on a malaria vaccine), but the work of bringing the drugs to market is left to the commercial companies. All too often, they simply can’t be bothered.
It costs hundred of millions of dollars to take a drug through the whole approval process and put it on the market. That’s worthwhile if the drug will then sell at a high cost and be used regularly over long periods of time: a drug that fights “rich people’s diseases” like cancer or heart disease, say, or even something like Viagra. But a one-shot vaccine that would mainly be used by poor Africans will never make a profit, so it is ignored.
Galvanised by the panic over ebola, the National Institutes of Health in the United States has now scheduled phase one trials of an ebola vaccine on human subjects for next month. But there are two more phases after that, and the earliest a vaccine could be approved for general use is next July. And even in this emergency, it’s public money, not Big Pharma, that is funding the research.
The problem goes much wider than ebola and other tropical diseases. It extends, unfortunately, to the antibiotics that vanquished the bacterial infections that were once responsible for about 25 percent of adult deaths. The last new class of antibiotics, carbapenems, was approved in 1980. Since then, nothing – even though the usefulness of existing antibiotics is rapidly eroding as resistant strains of bacteria emerge.
That’s a big threat, but antibiotics are still not big money-makers, as they are used for relatively short periods of time to fight some specific infection. So no new type of antibiotic has been developed by Big Pharma for more than three decades. A minimum of 23,000 people in the United States died last year of infections that would once have been easily ended by antibiotics; in the European Union the total was 25,000.
So we desperately need new antibiotics, and there are none forthcoming. Without them, warned Dame Sally Davies, chief medical officer for England, “Modern medicine would quickly go out of the window.”
Almost all surgery, including things as commonplace as caesarian sections and hip replacements, and most cancer treatments as well, involve a significant risk of infection that must be controlled by antibiotics. As Prime Minister Davd Cameron told “The Times”: “If we fail to act…we are cast back into the dark ages of medicine, where treatable infections and injuries will kill once again.”
Yet Big Pharma will not fill the gap, for those companies are answerable to their shareholders, not to the public. The case for direct state intervention to finance the development of the vaccines and antibiotics that the commercial sector neglects is overwhelming. And very urgent.
MDT Exclusive