World Views | Hong Kong is giving itself another identity crisis 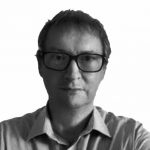 The Hong Kong government’s proposal to let directors obscure their identities on the companies register is a retrograde step that will facilitate fraud and corruption. Don’t take a journalist’s word for it. Don’t listen to the legal profession, which said in 2009 that ID numbers should be fully disclosed. Don’t pay heed to the accountants and corporate governance experts who warn that access to such information is vital. And don’t worry about the investors who say Hong Kong’s public registries have helped bring transparency and accountability to official and corporate dealings.
Just take the word of the government’s own advisory committee for it. Restricting access to ID numbers “may deprive the public of a means of uniquely identifying individuals, and might make it easier for the dishonest to escape creditors, or otherwise engage in fraudulent activity,” the standing committee on company law reform said in a 2009 consultation paper. “The option of masking 3 or 4 digits of an identification number would not serve the purpose of identifying a person as there are cases of persons with the same name having similar identity card numbers.”
That was then. Last week, a spokesman for the Financial Services and the Treasury Bureau said partial ID numbers “together with the name of a director, should be sufficient to enable searchers to ascertain the identity.” Independent shareholder activist David Webb, who highlighted the committee’s 2009 comment in a Twitter post, called the statement “not credible.”
Such information is essential to an international financial center. IPO sponsors, banks and advisers need to know with precision and reliability the identity of counterparties to a deal.
In general, transparency is the friend of honesty, accountability and good governance. As in the political realm, Hong Kong is marching in the opposite direction.
The government withdrew its proposal in 2013 in the face of opposition, but included draft sections in a reworked Companies Ordinance enacted in 2014 that would allow for these details to be withheld from the public. It is these sections that the government is now trying to bring into force. Authorities cite the risk of misuse of personal information, and point to increased reported cases of doxing.
Its justification looks flimsy. Privacy was cited as the grounds for the first push around a decade ago. Yet former Companies Registrar Gordon Jones said at the time that he had received no complaints about invasion of privacy during 14 years in the post, as Jane Moir, research director for Hong Kong at the Asian Corporate Governance Association, noted. The government says its regime will be in line with practice in the U.K. and Australia; Moir points out that the U.K. doesn’t have ID cards, but provides other identifiers such as date of birth that Hong Kong doesn’t collect, while in other respects its system is far more open, accessible and easy to use.
In any case, there are other ways of dealing with doxing that don’t compromise the public interest. Meanwhile, the list of those who can be expected to favor this change is limited, comprising chiefly mainland officials who would prefer to keep their activities away from prying eyes, and potential fraudsters.
China’s late paramount leader Deng Xiaoping, defining who should be allowed to play a part in governing the city, said in the 1980s that a patriot is someone who “wishes not to impair Hong Kong’s prosperity and stability.” Beijing has leaned heavily on Deng’s words recently to exclude political opponents for being insufficiently patriotic. Having advanced a proposal that runs so clearly against the broad interests of Hong Kong’s economy and society, it’s worth debating whether the administration itself can be considered patriotic. If Hong Kong still had an opposition, that’s a question it might be asking. Matthew Brooker, MDT/Bloomberg