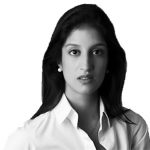 Hong Kong’s children are at the center of the city’s latest ham-handed and inconsistent response to the latest outbreak of the disease. And it’s not a good look for one of the world’s most affluent and expensive financial centers.
On Friday, following days of fear and panic after an upsurge of infections linked to a gym frequented by bankers, lawyers and stockbrokers, a class of eight- and nine-year-olds at an international school were told they were being sent to a government-run quarantine center for a period of up to two weeks. Their teacher had tested positive after being linked to the gym outbreak. The kids were told they’d be picked up over the next 24 hours or so. Already stressed from months of online-schooling, children were beside themselves. As one mother of three told me, her child said he was “going to jail” — even though the government said a parent would allowed as a companion.
The entire campus was put on mandatory testing orders. But the school and parents pushed back on the need to isolate. They explained that — following rules laid out by the government itself — all children were wearing masks and that the teacher involved was masked during the brief period of time the class was in session. Eventually the government backtracked and said that the situation had been misunderstood.
But that wasn’t the only cause for consternation among Hong Kong’s parents. On Sunday, after three teachers tested positive at another school, 35 students — each accompanied by a parent — were told they would have to go to the quarantine center.
And there were the infants aged 11 months to 18 months — each also to be accompanied by a parent — who were ordered to go into quarantine. The reason: A mother in a 45-minute playgroup had tested positive. Her child and family tested negative. The staff tested negative. The parents protested but this time no one could avoid quarantine. The government argued that, while all parents and teachers were masked, the toddlers weren’t. It didn’t matter that Hong Kong doesn’t mandate mask-wearing for kids under two years of age. The playgroup had been following guidelines.
A mother, who went into quarantine with her one-year old on Sunday morning was at one point told by a quarantine officer that “this is not a vacation,” as she tried to plead for empathy. As she said to me, she was “painfully aware it wasn’t.” It isn’t clear whether the quarantine facilities have the refrigeration and supplies — milk, for example — that infants need.
The ad-hoc action by the government was especially galling and alarming because, so far, no children have tested positive. Meanwhile, the city has locked down school buildings, hazmat-suited workers walked around collecting sewage samples and people have been crowded into buses and taken to quarantine — with very little social-distancing in transit.
It is unclear why groups of young children are being ordered to quarantine versus, say, large offices that may have adults associated with the gym — though some workplaces have been put under mandatory testing. Gyms still haven’t been forced to close. Instead masks have been mandated for everyone training there.
The question isn’t about whether people should quarantine or not. In recent months, children have quarantined with their families if there has been close contact with a positive case. What is infuriating is the lack of clarity and consistent rules in the time of chaos. As the rest of the world seems to have semblances of plans for a return to normalcy, Hong Kong is grasping at straws.
The city is densely populated, with 7.5 million people, packed into high-rises and tiny apartments. But there are better ways to keep infections from spreading. Encouraging paranoia isn’t one of them. Neither is keeping babies locked in facilities that don’t provide for their basic needs. Until someone starts making sense of all this, Hong Kong’s public relations will only get worse. Anjani Trivedi, MDT/Bloomberg