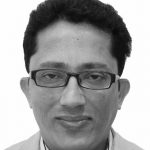 In the annals of 21st century capitalism, Covid-19 will go down as a pressure cooker. The pandemic has put enormous strains on livelihoods, individual well-being, healthcare systems, the viability of firms and the stability of public finances. But a byproduct of this stress is that when it’s finally behind us, we might decompress a little — and choose to be less devoted to the notion of peak efficiency.
We aren’t there yet, but a greater tolerance of intentional slack is being built into everything from how Toyota Motor Corp. manages its inventory and Amazon.com Inc. organizes its deliveries to how Singapore puts a price on nursing talent.
As the former Morgan Stanley strategist Gerard Minack noted last year, our pre-pandemic world was primed to maximize financial returns on the assumption that nothing would go wrong. But everything went topsy-turvy when the coronavirus entered offices, factories, subways, malls, airports and schools, the hubs and spokes of modern production, distribution and consumption.
A year later, governments and companies have learned some lessons, and unlearned others. After Toyota pioneered Just-In-Time inventory management in the 1950s, Detroit eventually copied it. The same Japanese carmaker, as my colleague Anjani Trivedi has noted, is beating the global auto industry’s chip shortage with stockpiles of one to four months in critical components.
This is deliberate decompression, whose value will only increase as extreme weather events show up as disruptions, such as the water shortage in Taiwan afflicting semiconductor foundries. Besides, Covid-19 hasn’t gone away yet. Amazon is making delivery partners out of tiny groceries and tailoring shops in India. It’s not perhaps the most efficient distribution strategy. But with a second wave of infections hitting the country, enlisting locals to cover their neighborhoods may be the most effective way to beat lockdowns.
It isn’t just the private sector that’s changing. Economic compression supercharged affluent megapolises into ever-powerful talent magnets, but also polarized the workforce. The wages of those who do non-routine, manual work requiring in-person interaction don’t reflect their value to society, especially in bad times. Take nurses. Eight years ago, a Singapore government white paper on population described nursing as a low-skilled job. Today the Asian city-state with a reputation for fiscal prudence is raising healthcare workers’ salaries in public hospitals by as much as 14%. This bump is happening even as 30% of employers in the financial center aren’t planning to increase pay at all.
A test of how far governments want to push the idea of depressurization will be the future tax deductibility of interest payment. Abolishing this century-old bias in favor of firms that take on more debt — and hence have more interest payments to set off against taxable profit — will reduce financial leverage in the global economy, attacking the source of our single-minded pursuit of efficiency.
The biggest champion of tightness, of allowing for no margin of error even in complex, geographically dispersed supply chains, is the investment community. Tensions in the U.S.-China economic relationship, and the rise of protectionism globally because of high unemployment, are already throwing sand in the wheels of capitalism. Should financiers be forced to permanently lower their expectations of returns? Perhaps not.
Rapid digitization, especially in emerging markets, will compensate for decompression. When assets can be juiced more with artificial intelligence and the internet of things, shareholders earn the same returns with less debt.
Since algorithms and connected robots won’t pay taxes, it’s only fair that private industry doesn’t come to governments with a begging bowl after every new manmade or natural crisis. Capitalism in the 21st-century will self-insure by cutting itself some slack. Andy Mukherjee, MDT/Bloomberg