World Views | Should I stop talking now? Why we’re so bad at conversation 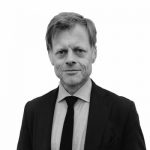 I’ve always felt that Jean-Paul Sartre narrowly missed the target. Hell is not necessarily other people. More precisely, hell is small talk.
There: I’ve outed myself again as an introvert and curmudgeon. But I’m hardly the only one to find that gabfests can be hard work — and more specifically, that they tend to drone on too long. Now science has backed me up. Only 1.59% of conversations end when both sides want them to, according to a new study. On average, people perceive that their chats are too long, or too short, by half the duration of the exchange. Why?
Previous research has concentrated instead on why humans are so surprisingly ‘good’ at talking to each other. As one study provocatively asked: “Why is conversation so easy?” To a computer, monologue would be far more feasible than dialogue. Humans, by contrast, appear to have evolved for conversation.
The cognitive prerequisite for conversing is the ability to take rapid turns, within intervals of only about 200 milliseconds, which is far less time than it takes to form and utter words. Scientists call this skill “duetting.” It came long before language in evolutionary history. That’s why primates and other species, including song birds, can also interact in modes resembling chitchat.
Once language came on top of duetting, however, human evolution went into overdrive. Robin Dunbar, an evolutionary psychologist, thinks that verbal conversation is really a turbo-charged form of grooming — you know, picking each other’s fur and such. In particular, it allows gossip. That in turn lets humans form, maintain and navigate much larger social groups than other primates can.
And yet, we manifestly keep running into problems in our conversations. That drew the interest of Adam Mastroianni, a PhD student in psychology at Harvard University, and his co-authors Daniel Gilbert, Gus Cooney and Timothy Wilson. Their research confirms that we don’t know how to end conversations at the right time. And they ruminate on why that might be.
They ran two studies of 932 dialogues in total. In one, participants answered questions about a talk they’d just had with a friend or relative; in the other, people came into the lab to chat with strangers and then reported back.
Remarkably, the results were almost the same in both studies: The banterers grossly misjudged when their partners wanted to end the chat. And they misinterpreted the other side’s signals just as much when they were talking to mom or hubby as when parlaying with people they’d never met.
This is puzzling. After all, one purpose of conversation is to bond by cooperating. Why can’t we also agree on when to shut up?
Mastroianni and his colleagues conclude that it’s because we’re deliberately misleading — or, if you prefer, being dishonest. If the point of conversation, as Dunbar said, is to build social cohesion, that even makes sense. We get nervous about causing social ruptures by offending someone, either because we’ve engaged them too long or cut them off. So we garble our signals.
I asked Mastroianni how pandemic lockdowns and Zoom have affected our conversations. They’ve made our problems worse, he told me. One reason is that “cues are even more muted when we’re not in person.” Another, he added, is that “an easy way for people to end a conversation is to claim to have somewhere else to be, and that claim is awfully dubious these days.”
For my part, I’m glad science finally confirms that conversation isn’t ‘my’ problem, but ‘our’ problem. And I’m more optimistic about the role of Zoom. After all, every new technology also provides new excuses. It’s shocking, in this day and age, how unstable some of our internet connections are, wouldn’t you agree? Andreas Kluth, MDT/Bloomberg