World Views | The real battle for the City of London 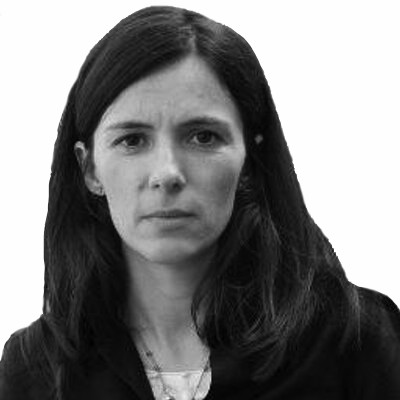 Britain’s departure from the European Union has left a visible mark on the City of London. Almost overnight at the start of January, the world’s preeminent financial center lost about half of the share trading it used to handle, and a chunk of the buying and selling of derivatives. Next could be clearing, the market plumbing that guarantees the smooth matchmaking of buyers and sellers.
Clearing is a vital piece of financial infrastructure in which London dominates. Its sheer size — trillions of dollars of derivatives are cleared every day — make it an even grander political target for the EU than share trading. But it would be a mistake to consider this the most valuable chip still on the table.
The tug-of-war with Europe over where to base the finance industry’s key risk-takers, managers and decision-makers is worrying some City grandees just as much as the potential loss of swaps clearing. That’s why the EU’s increasingly hard-line position on giving regulatory “equivalence” to U.K. finance, which would let bankers work unhindered in Europe, has become the biggest fear right now. Europe is also looking at possibly forcing asset managers who handle portfolios for EU entities and citizens to do so on the continent.
Monitoring the number of banker moves isn’t easy, and neither side will be able to declare victory any time soon. But London’s future is tied inextricably to its senior traders and dealmakers, as well as professional services such as lawyers and accountants. Their departure across the Channel would put a large dent in U.K. tax revenue, far more than the low-margin (and potentially high-risk) clearing activity.
Since Britain completed its EU exit in December, Brussels has been tightening the screws. Only about 7,500 or so positions have shifted to Europe since then. But the leeway granted by regulators during the pandemic is ending. France has warned that finance firms face criminal charges if they don’t have enough locally based staff to ensure prudent risk management. And the European Securities and Markets Authority has warned of “questionable practices” by firms finding workarounds for the rules separating the U.K. from Europe. TP ICAP Plc, the largest interdealer broker, has been prevented from serving some of its EU clients because it hadn’t completed its staff relocation to the continent.
Setting aside the political and business gains, the EU is justified in taking action. Without the permission to handle most European business from London — withdrawn in January — banks should be managing things from their regulated entities on the continent. International banks have agreed to shift 1.2 trillion euros ($1.4 trillion) of assets to European units, which is significant for financial stability. Take Ireland: Britain’s Barclays Plc is now the country’s biggest bank by assets having shifted about 15% of its balance sheet there post-Brexit.
On the continent, JPMorgan Chase & Co., Morgan Stanley and Goldman Sachs Group Inc. have units that are supervised directly by the European Central Bank (the ECB oversees 117 financial institutions in total). Regulators have an obligation to ensure that if any of these businesses blows up, the individuals responsible are sitting in Frankfurt, Paris or Dublin, where they can be held accountable.
The threat to London from this brain drain is so serious that some are wondering whether it might be better to give up clearing in order to secure equivalence for other finance business. Britain and the EU are hammering out a memorandum of understanding that should create a framework for financial regulation, which could pave the way for granting London more access — or at least that’s the hope in the U.K.
London losing its stock-trading crown to Amsterdam is the type of news that draws headlines, and the loss of clearing equivalence would be similar. But the real game is being fought elsewhere. The more meaningful changes to London’s dominance will be subtler and less noticeable — until they aren’t. Elisa Martinuzzi, MDT/Bloomberg