Google and Facebook make a lot of noise about how their main services are free to use. And it’s true, they are. But what they don’t highlight is their role in making almost everything else we consume online more expensive.
Consider all the paywalls and paid services that are rolling out across the internet. News, films, music and even theatrical streaming are now available for a subscription fee. The latest example is Twitter Inc., which announced last week that it plans a paid product, dubbed “Super Follows,” where users can charge followers for “premium” tweets and other content. The move is a way for the company to decrease its dependence on advertising revenue — a pot of money that’s increasingly being swallowed up by just Google and Facebook.
If online power, and the ad revenue that comes with it, continues to concentrate within those two platforms, expect what you watch, read or listen to elsewhere on the web to start costing you money.
Before the internet, advertising subsidized all the media we consumed, from TV and radio to magazines and newspapers. This ad-supported model made its way to the web and conditioned us to expect online content to be free. News organizations, for example, didn’t charge readers, in the misguided hope that more eyeballs on their stories would bring in more revenue from the banner ads they displayed.
In the past decade, however, that ad money has gone overwhelmingly to the search and social media giants. Last year, Google and Facebook hoovered up 74% of the $300 billion spent globally to advertise on the web, according to the World Advertising Research Council. That’s left everyone else who had been reliant on ads scrambling to make ends meet.
Advertising was always more lucrative than simply selling to consumers. Back in 2006, the New York Times charged readers an average of $534 for a subscription, while it brought in a further $1,064 per subscriber from ads. Papers rarely had to increase their newsstand prices because they were able to eke out more money from advertisers instead, often well ahead of the pace of inflation.
Now that privilege is reserved for the tech giants. Since 2017, Facebook has almost doubled its average revenue per user in the U.S. and Canada to $159 a year, by serving up more ads and increasing prices when it needs to. Analysts expect Facebook’s total revenue to more than double again to $176 billion by 2024.
From a consumer perspective, you could argue that search and social networking should be free — after all, they are utilities that practically everyone uses — while more specific services should have a price tag. Twitter’s Super Follows and Substack Inc., which offers subscriptions to individual writers’ newsletters, lets you pay for what you want: Where one person might be willing to spend on someone’s tweets about currency trading, another could choose to pay for a newsletter dedicated to gluten-free cooking.
This system might be more efficient, since you are theoretically only paying for the media you want, but that doesn’t mean it will be cheaper for consumers. The rise of video-on-demand services like Netflix Inc. and Disney+ has demonstrated as much. As my colleague Tara Lachapelle has pointed out, people who cut the cord on traditional cable packages have learned that the new normal of multiple subscriptions isn’t necessarily any cheaper than the old world.
Super Follows are only likely to be a small part of Twitter’s business, at least at first. But taken in concert with the rise of paywalls, subscription streaming and video-on-demand, the fact that even a new-ish media company like Twitter needs to add a paid layer points to a world where everything aside from Google and Facebook has a cost of entry.
That might not be a bad thing, but we should recognize the trade we’ve made from ad-subsidized media to ad-subsidized search and social networking. Perhaps now we can forge a better understanding of the value of content. It costs money to produce, so it should also cost money to consume. Alex Webb, MDT Bloomberg 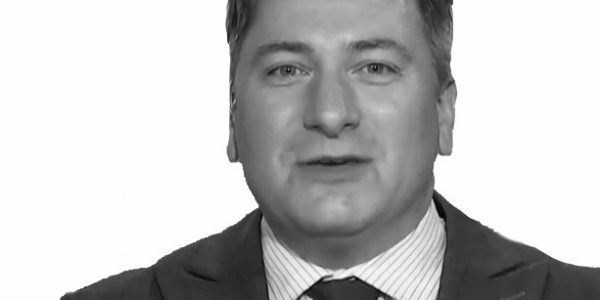 World Views | The pandemic will be more deadly this year