World Views | When is equal pay day for white women? 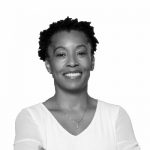 Every year, the American Association for University Women marks Equal Pay Day, illustrating how far into the new year women would have to work to make as much as men did the previous year. Today is the day for “all” women. March 9 was the day for Asian American and Pacific Islander women. African American women, Native American women and Latinas will have their days on August 3, September 8 and October 2, respectively.
Yet the AAUW doesn’t feature an equal pay day for White women. Therein lies a broader problem with the way demographic data are collected and reported.
Women are not just women. They also come in a variety of races, ethnicities, marital statuses, education levels and more, all of which intersect. Reporting and analyzing the data in all its complexity is crucial to understanding what is driving outcomes, and what can be done to change them.
Most commonly, “women” is assumed to be synonymous with White women. All too often, I find myself participating in programs and gatherings dedicated to “women and minorities,” as if the former were only White and the latter weren’t women. Such aggregation marginalizes all those with intersectional identities, erasing their lived experiences. This is particularly problematic in a rapidly diversifying country, where increasing shares of the population identify as Asian, Black, Native American, Hispanic — or fall into catch-all categories such as “multiracial” or “other.”
The way data are presented has consequences for White women, too, as Equal Pay Day demonstrates. How can they know where they stand if they are lumped into the “all” category? The failure to disaggregate denies them knowledge about their position relative to men and other women. It denies them information about how gender operates to oppress them and about how their whiteness provides benefits. It denies them the opportunity to see themselves in the data.
There’s reason to hope that the Biden administration will improve the situation. It has taken a first step in two executive orders — one that establishes a White House Gender Policy Council, and another that seeks to “advance racial equity and support for underserved communities.” An ambitious next step would be to require all gender-equity research produced by federal offices and recipients of federal funds to disaggregate data by the characteristics believed to influence outcomes, not just by race and ethnicity intersected with gender. This would help unmask subtleties, leading to more effective public policy.
Consider how greater disaggregation could improve research on pay inequality. The AAUW laments the low relative pay of Black women. But to understand the causes, one must know more. Does the average obscure particularly low pay for Black women who did not complete high school? How about women who are both Black and Hispanic? Or Black mothers? A significant body of research — by Nina Banks, Janelle Jones and Valerie Wilson, Sarah Jane Glynn, and Jane Waldfogel — has found that race, ethnicity and marital status affect women’s pay. In a forthcoming book, Michelle Holder finds that Black Latinas received lower pay — that is, outcomes are not homogenous within ethnicity.
I want to see myself in the data. Not just me, the Black woman. All of me: Black (#ADOS), highly educated, never married, no children, property owner. Done right, disaggregation allows for intersectional analysis, a theoretical framework for understanding how the complex interplay among various identities influences economic, educational and social outcomes. This, in turn, would enable entities such as the Gender Policy Council to achieve their goals. To that end, the administration needs to hold policy makers and researchers accountable. People must hold the administration accountable. People must be accountable.
So today, as we recognize the pay inequities that women endure, let’s keep in mind that the word “women” includes a great diversity of lived experiences — differences that must be understood if we want to address the problem. Rhonda Vonshay Sharpe, MDT/Bloomberg