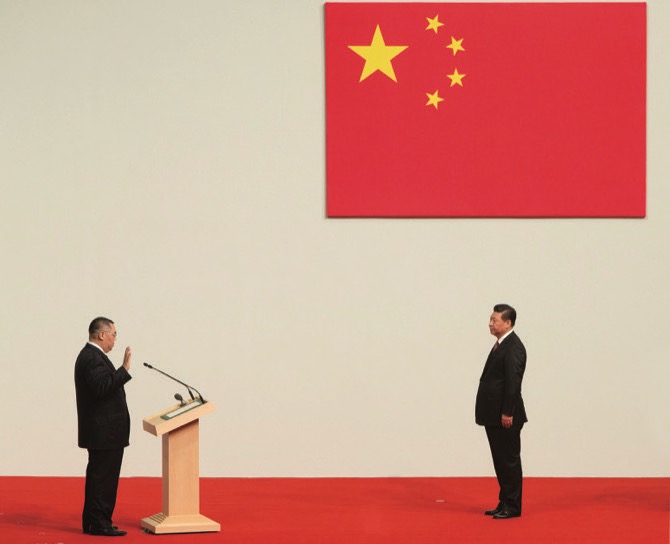 A South China Morning Post report mentions that a security plan is being worked on, adding that the communication center for police forces will be set up by October to handle the “security details and operational command” for the president’s trip.

“In October, a Greater Bay Area police communication center will be set up in Zhuhai,” Li Chunsheng, head of the Guangdong Provincial Public Security Department said.

“[Xi] will come and join the celebrations for the 20th anniversary in Macau, where he will deliver an important speech.”

The information was revealed at a meeting in Guangzhou where dozens of officials from the city of Maoming discussed its annual report.

The province intends to collaborate with Hong Kong and Macau to create an international innovation and technology hub – which is a top priority for this year.

According to Li, this year is a “politically significant year,” as it celebrates the 70th anniversary of the establishment of China, as well as Macau’s 20th year of handover. Li also indirectly mentioned the crackdown on the pro-democracy movement in Beijing’s Tiananmen Square in 1989.

“It’s the 70th anniversary of the establishment of the People’s Republic of China, it’s the 20th anniversary of Macau’s handover, and of course, it’s the anniversary of a series of incidents, which took place 20, 30 and 10 years ago,” he said. “The hostile forces inside China have long marked this year as an important time to implement their plan – which is a vain attempt – to overthrow our system.”

The official added that Guangdong had recently organized a special meeting and rolled out eight operations to strike “illegal activities that will jeopardize political security,” including strengthening control over universities, the social sciences sector, and the internet.