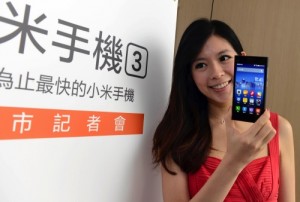 Chinese smartphone maker Xiaomi Inc. has been barred by an Indian court from selling its handsets in the country for allegedly infringing mobile phone technology patented by Ericsson.
Judge G.P. Mittal of the New Delhi High Court also ruled earlier this week that Xiaomi’s Indian distributor, online retailer Flipkart, is prohibited from selling the Chinese company’s phones while the court hears Ericsson’s complaint. The next hearing in the case is scheduled for Feb. 5.
Ericsson claimed that Xiaomi has been violating eight patents related to 3G and other telecommunications technologies.
The Economic Times newspaper reported yesterday that Xiaomi has sold more than 800,000 smartphones, including the popular Mi3 and low-cost Red Mi 1S, in India since their launch here in July.
Xiaomi, founded in 2010, has grown quickly on the strength of smartphone handsets priced as low as USD115 and Internet-based marketing and distribution. Xiaomi passed Samsung as China’s best-selling smartphone brand by number of units sold in the second quarter of this year.
The company is starting to expand abroad, targeting developing India and other developing markets.
“I am satisfied that plaintiff (Ericsson) has made out a prima facie case for grant of an interim injunction in its favor,” the Press Trust of India news agency quoted Judge Mittal as saying in his order.
The judge also ordered Xiaomi and Flipkart to file affidavits disclosing the number of devices they have sold in India using the technologies at issue in the case. AP