You CAN try this at home: Cookbook serves up TV, movie foods 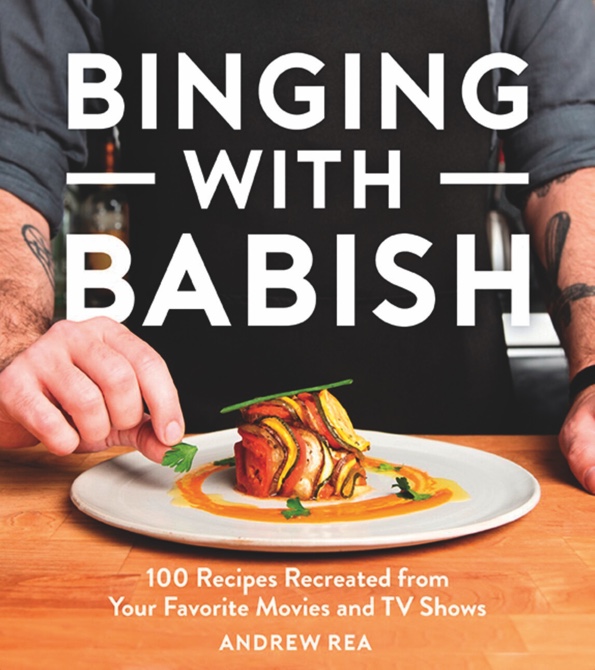 It all started with a fictional turkey burger.

Andrew Rea’s YouTube video series “Binging with Babish” was born in 2016 when he attempted to recreate the “fussy little burger” described in elaborate detail by Rob Lowe’s character Chris Traeger on a third-season episode of “Parks and Recreation.” Hungry viewers were soon clamoring for more recipes based on foods that appear or get mentioned in movies or TV episodes, and Rea had a new career on his hands.

Now he has a new cookbook: “Binging with Babish: 100 Recipes Recreated from Your Favorite Movies and TV Shows” (Houghton Mifflin Harcourt). And while the premise might sound more silly than serious, the book — like the video series — is actually full of real meals and desserts that transcend their sometimes ridiculous fictional origins.

There are a few recipes you’ll marvel at but probably never want to make, like Buddy the Elf’s candy-laden pasta dish from the movie “Elf” or Jake the Dog’s bizarre “perfect sandwich” from the cartoon “Adventure Time,” which includes human tears as an ingredient. But even with these, Rea lays out the steps to recreate them in actual, edible form.

Most of this beautiful hardcover book, though, is filled with dishes you’d want to dig into even if they didn’t have a pop-culture connection.

Rea’s recipe for flavorful, yogurt-marinated Palestinian chicken really is as good as Larry David says it is during a season eight episode of “Curb Your Enthusiasm.” And Rea’s version of the mushroom soup recipe that Elaine is determined to get from the “Soup Nazi” on “Seinfeld” really is sublime, and not difficult to replicate.

Though he points out in the book’s surprisingly moving introduction that he’s not a professional chef, Rea brings a remarkable professionalism to the authenticity of his recipes. His luscious strudel, inspired by the film “Inglourious Basterds,” includes dough painstakingly made from scratch. 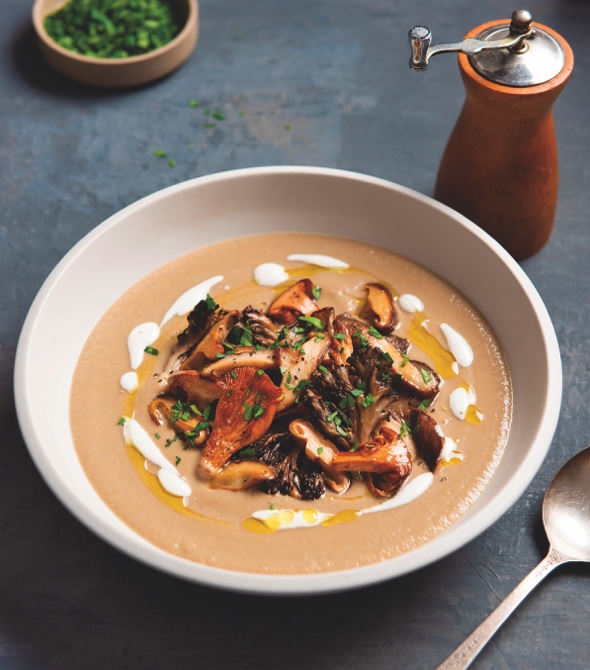 Fans might be a bit disappointed, in fact, by the shortage of explanation about how these recipes fit into the stories that inspired them. Beyond the name of the show or movie, Rea says little or nothing about that.

The focus is on the food. And the more tangential a recipe’s connection to pop culture — like the beef Wellington only casually mentioned in a flirtatious riff delivered by John Slattery’s Roger Sterling on an early episode of “Mad Men” — the more determined Rea seems to be to offer the best and most authentic version possible.

The recipes are laid out with detailed instructions amid gorgeous photography, and Rea explains how he chose the ingredients and created the dishes. Each recipe includes his personal “verdict” on how good it really tastes. 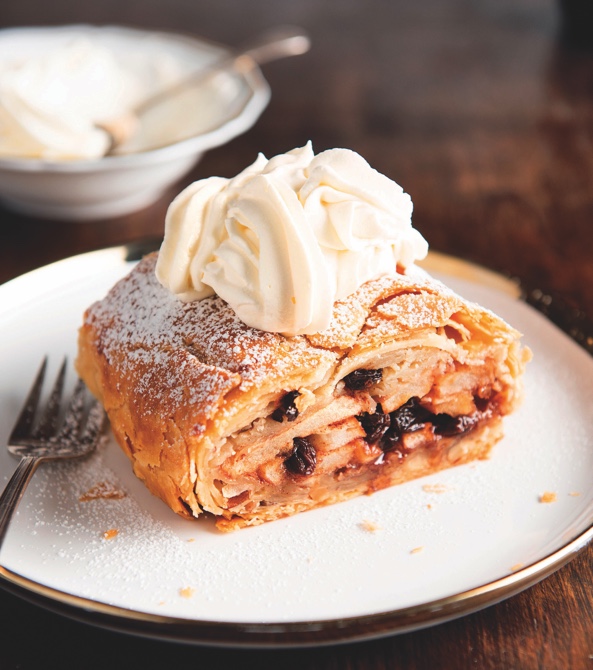 Some dishes, it seems, are better left on the screen, including Liz Lemon’s Cheesy Blasters (an artery-clogging mix of hot dogs stuffed with Monterey jack cheese, wrapped in a frozen pizza, from “30 Rock”) and Dothraki Blood Pie from “Game of Thrones,” which has as its primary ingredient a full pound of pork fat, finely diced.

The verdict on that one, according to Rea: “Dothraki Blood Pie is pretty gross.”

But the “prison gravy” from “Goodfellas” will elevate your next spaghetti dinner. And Rea swears by his recipe for confit byaldi (better known as ratatouille, and included here in honor of the animated movie of the same name).

In this much longer followup to his 2017 cookbook “Eat What You Watch: A Cookbook for Movie Lovers,” Rea has included nods to just about every genre of film and TV. You’ll find Lake Trout and Pit Beef from “The Wire,” followed on the next page by Principal Skinner’s favorite coconut-based seafood stew from “The Simpsons.”

If you’ve ever wanted the secret recipe for Krabby Patties or thought about assembling your own “Friends”-inspired Moistmaker sandwich out of Thanksgiving leftovers, both recipes are here.

And Marvel fans, remember that sandwich Simmons lovingly sent along with Fitz on his first real mission during season one of “Agents of S.H.I.E.L.D.”? It’s here, along with a recipe for chicken paprikash just like the one Vision attempts to whip up for Wanda Maximoff during “Captain America: Civil War.” Even the chicken shawarma that the Avengers refueled on after the exhausting Battle of New York is included.

Whatever your TV or movie preferences may be, Rea’s appealing voice and creative recipes might just inspire you to start cooking.

In describing the joyful reaction of Aziz Ansari’s character, Dev, at having made really good pasta from scratch during an episode of “Master of None,” Rea offers this encouragement: “This sentiment of excited accomplishment is an accessible, tangible sensation that we can manifest from our favorite pieces of fiction. All you’ve got to do is try.” Melissa Rayworth, AP 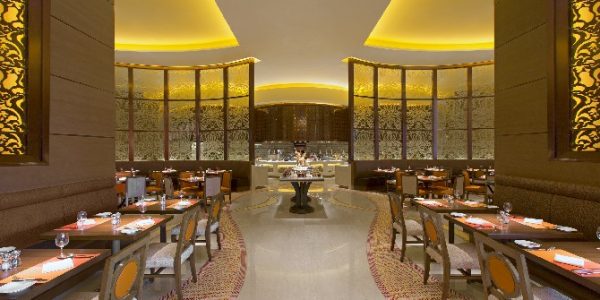 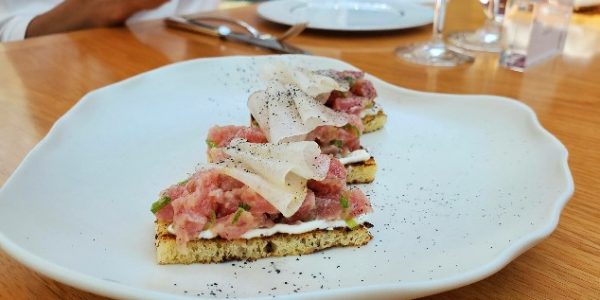 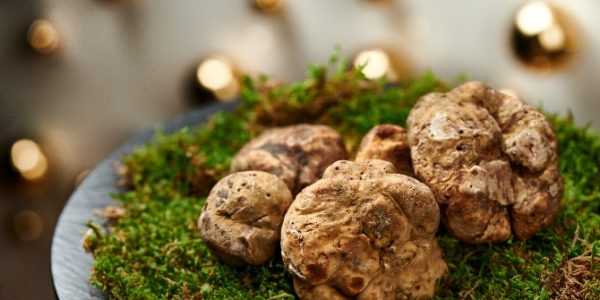 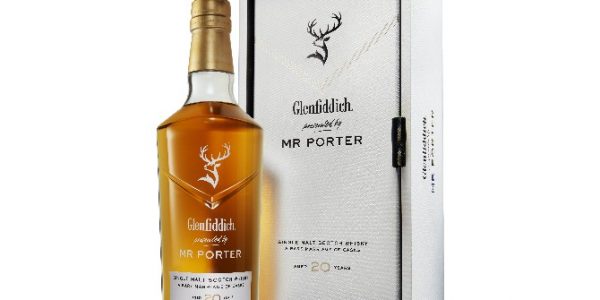