1984 O-Levels to be replaced by GCSEs 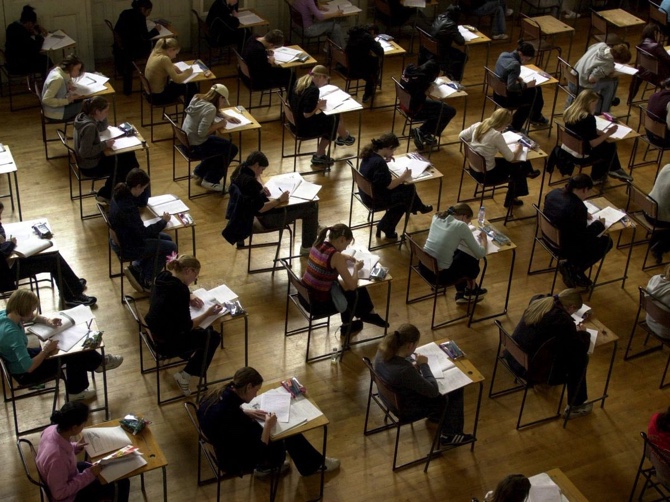 O-Level and CSE exams are to be abolished and replaced by a new examination for 16 year olds, in the biggest exam shake-up for over 10 years.

Education Secretary Sir Keith Joseph said schools would begin teaching the General Certificate for Secondary Education, or GCSE, in autumn 1986, with the first pupils sitting the exam in 1988.

The new system will put all children on the same scale on a range of seven grades from A to G.

The 29 examination boards are to merge into five groups to reduce the large and complex system of assessment which currently operates.

The groups will adhere to an agreed national standard to ensure that the same range of knowledge will be required to attain certain grades throughout the country.

Sir Keith said: “The system we propose will be tougher, but clearer and fairer.

It was also more intelligible and therefore more useful for employers, he added.

At the higher end of the range there will be scope for a new distinction certificate for those achieving consistently high grades, and in some subjects children will set their own standards and decide which grade to aim at.

GSCEs will also place more emphasis on oral and practical skills where possible, the minister said.

Teachers’ unions welcomed the announcement. Fred Jarvis, of the National Union of Teachers, said: “This is one decision of Sir Keith’s which will be applauded throughout the teaching profession”.

Under the old O Level and CSE system, grades were awarded primarily according to statistical rules which measured each candidate’s performance relatively against those of competing candidates.

The introduction of the GCSE meant that, for the first time, grades would be allocated with reference to absolute standards of knowledge, understanding and skill.

Despite concerns about the exams getting easier and of girls outdoing boys, the government is committed to retaining the system.