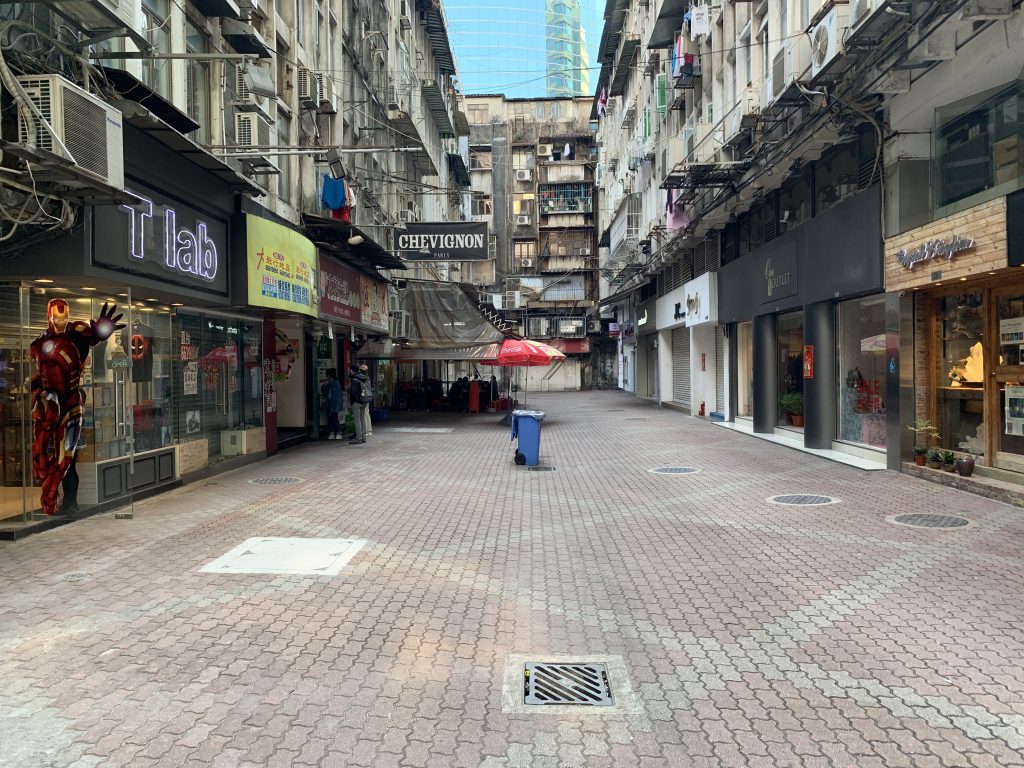 The collapse in visitor arrivals in the past week will be felt by a large portion of the local economy, from retailers and restaurants to the casino floor.
The latest data show that the visitor count has plummeted 69% in the first four days of the official Chinese Lunar New Year holiday period, with arrivals from the mainland down by more than 75%.
That’s a blow for an economy which is reliant on the gambling industry, and comes after casinos suffered their worst year since 2015. The outlook is unlikely to get any better as China limits travel for its citizens, including a suspension of individual travel visas for visits to Macau.
Streets in central Macau visited by the Times yesterday were exceptionally quiet. Most of the residents and visitors who did venture out wore disposable face masks, as did the majority of store workers, building security guards and vehicle drivers.
One store attendant who works at a popular fast food chain said that his shop had been closed for the last few days and could not comment on whether business was down for the season. The attendant, who asked not to be identified because he is not authorized to speak to the media, said that he did not expect any pick-up in business activity yesterday. There were no customers in the store when the Times visited in the early afternoon.
Chief Executive Ho Iat Seng signaled last week that while the city would not turn away tourists this holiday season, he would not rule out closing all casinos if the circumstances required it.
The effect on Macau visitation is worse than many gaming analysts had predicted. In notes issued yesterday, analysts from Sanford C. Bernstein and Nomura concurred that the outlook was worsening, but did not issue projections for the month or quarter.