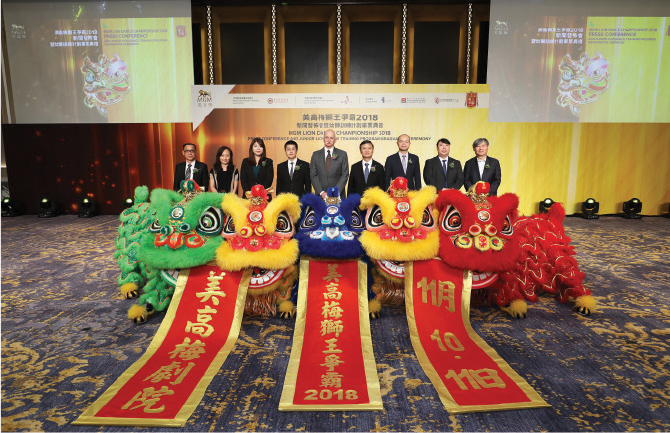 The 7th MGM Lion Dance Championship is being held this year. Co-hosted by the Wushu General Association of Macau, and supported by Macao Government Tourism Office, Education and Youth Affairs Bureau and Dragon & Lion Dances Federation of Asia, this year’s two-day competition will take place on  November 10 & 11 in the MGM Theatre at COTAI, the latest addition to the MGM portfolio in China.

According to Grant Bowie, Executive Director of MGM China Holdings Limited, “The Theatre will be transformed into a competition venue, offering a never-seen-before experience for the audience and the participating teams.”

Since the championship’s first launch in 2010, continuous improvements have turned this event into a significant global competition. The addition of new competition categories makes this a more inclusive championship and projects this event onto the world stage, turning this element of Chinese culture into an international sport. In this year’s championship, troupes from 13 countries and regions will be featured, including China, Malaysia, Singapore, Chinese Taipei, Indonesia, Vietnam, Thailand, Philippines, Hong Kong SAR, and Macau SAR. Furthermore, highly praised troupes from Australia, United States and Myanmar will be present, further proving the universal value of this competition.

The 2018 event will also introduce a new category, the first- ever Junior Lion Dance Performance Competition. This is part of MGM’s continuous goal of promoting the Chinese sport of lion dancing to Macau’s younger generations. 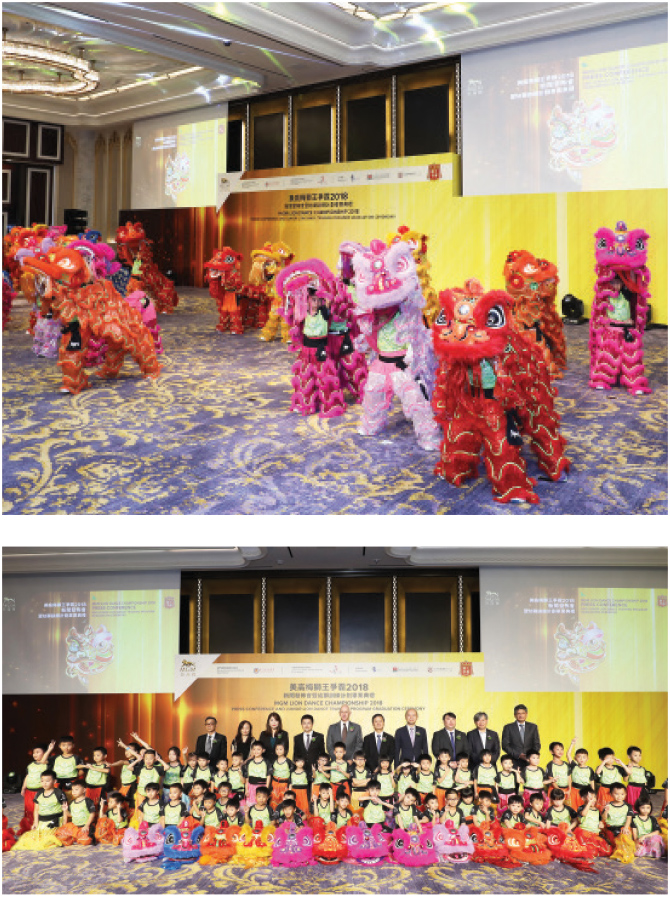 As part of this effort, MGM continues to promote the Junior Lion Dance Training Program in collaboration with Hong Wai Dragon & Lion Dance Association Macau and supported by MGTO and DSEJ. The course ran for seven weeks, during which  children aged between five and eight had the chance to further their knowledge about the history of this sport through the use of props and equipment. With the intention of passing on not only the ability of lion dance, but also traits such as self-discipline and team spirit, this course culminated in an awe-inspiring performance in front of parents, instructors and other esteemed guests.

Undoubtedly a successful program, MGM has received high praise for its unceasing attempts to popularize Chinese culture. All those that attend the two-day championship will be able to see for themselves the first-ever Junior Lion Dance Competition and will be amazed as they watch in awe every second of each performance. The championship is entirely free to enjoy!

For one such activity, MGM COTAI is holding a mini-lion head painting workshop from November 3 to 11, where participants can learn to decorate a headpiece for a lion dance costume.  The workshop will be held in Cantonese, but staff will be on-hand to provide translation into Mandarin and English. Tickets are available for purchase for groups of a maximum of three people and one plain lion head will be provided for each ticket. Participants will be able to collect their painted lion heads as a souvenir. Don’t hesitate to join in on the fun!