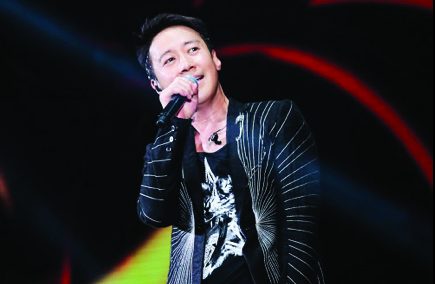 Hong Kong ‘Heavenly King’ Leon Lai will bring October to a close with a bang with Leon Metro Live on October 27. Having performed over 400 concerts, Lai, brings to the Cotai Arena a series of his freshly rearranged hits – some with a Broadway theme – brought to life with state-of-the-art audio-visual equipment on an open stage. The show promises a spectacular live experience for Lai’s many fans across the region.

Lai rose to fame as one of the Cantopop ‘Four Heavenly Kings’ of Hong Kong – a nickname for the other SAR’s four most popular male singers in the 1990s – and has gone on to release numerous best-selling records and movies, as well as philanthropy and community work on the side. 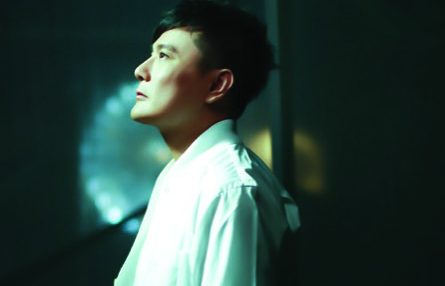 LESS than a week after Leon Lai completes his stint at the Cotai Arena, Taiwanese balladeer Jeff Chang will fill the void with Jeff Chang World Tour±Continuum×In Macao on November 3. The Mandopop star described his latest global tour as a showcase of his hopes and dreams for himself and the world.

Chang, 51, has gone on record as being remarkably hands-on with the planning of his latest tour, from concept and performance to stage design, costuming and even the set list – which includes songs he has never performed live.

Chang’s melodious countertenor voice has earned him the nickname ‘Prince of Love Ballads’ among Chinese audiences. He debuted in 1989 and has since recorded a slew of successful albums in Mandarin, Cantonese and English. In 2016, he participated in the fourth season of Chinese reality show “I Am a Singer”, where he finished as runner-up. 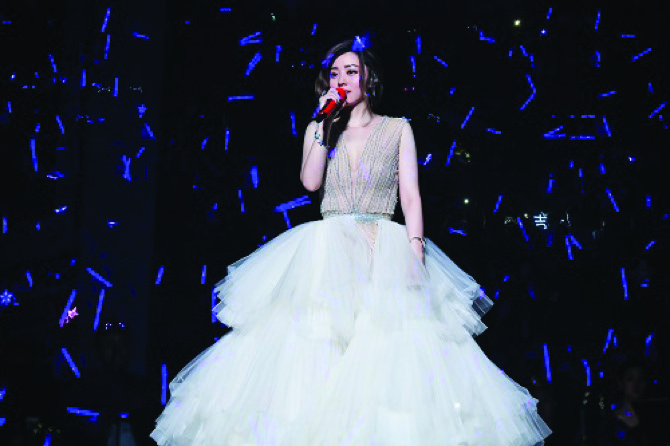 NEXT up is Chengdu-born singer-songwriter Jane Zhang, who will appear at the Cotai Arena on November 10. Famed for her whistle register, Zhang, has crafted the Jane’s Secret 2018 World Tour around the ideas of magic and mystery, which promises a mystical and surreal experience for concert-goers. Macao is the last stop in the Asian leg of Zhang’s world tour, after which she will perform in the USA and Australia.

Zhang’s career began when she came in third at the Chinese singing contest ‘Super Girl’ in 2005, beating almost 120,000 others who auditioned. She released her first album ‘The One’ in 2006 and subsequently recorded the theme song for the 2008 Beijing Summer Olympics. She appeared on the Oprah Winfrey Show in 2009 and later became the first Chinese singer to perform on the Victoria’s Secret stage. Her single ‘Dust My Shoulders Off’, produced by US artist Timbaland, has had more than 14 million YouTube views and reached top five on iTunes, another first for a Chinese artist. 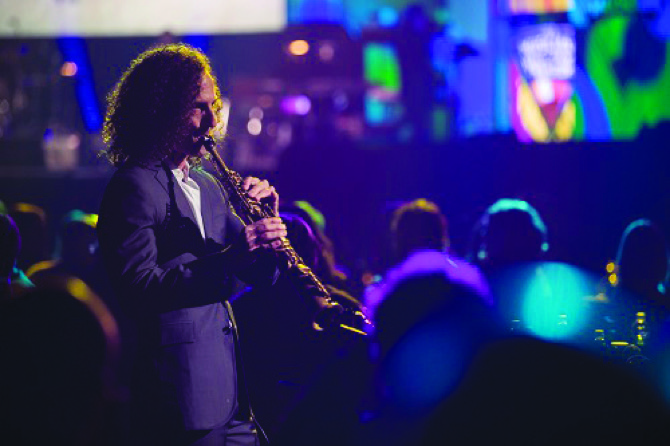 ONE of the world’s greatest living musicians is on his way to Macao – and it’s none other than legendary saxophonist Kenny G, here for the Kenny G World Tour 2018. Fans will get to experience saxophonic magic up close and personal on November 16 when the acclaimed Kenny G performs at the exclusive Venetian Theatre.

Kenny G, is arguably one of the modern era’s most successful musicians. A mainstay of the pop, R&B, and jazz charts during the 1980s and 1990s, his smooth jazz has won him 16 Grammy nominations and sold more than 75 million albums worldwide.

Kenny G turned professional at the tender age of 17 when he started playing in Barry White’s Love Unlimited Orchestra, and later got his big break in 1986 with his fourth album ‘Duotones‘. Apart from his celebrated solo albums, he has collaborated with musical greats such as Whitney Houston, Natalie Cole and Aretha Franklin.

WANG LEEHOM DESCENDANT OF THE DRAGON 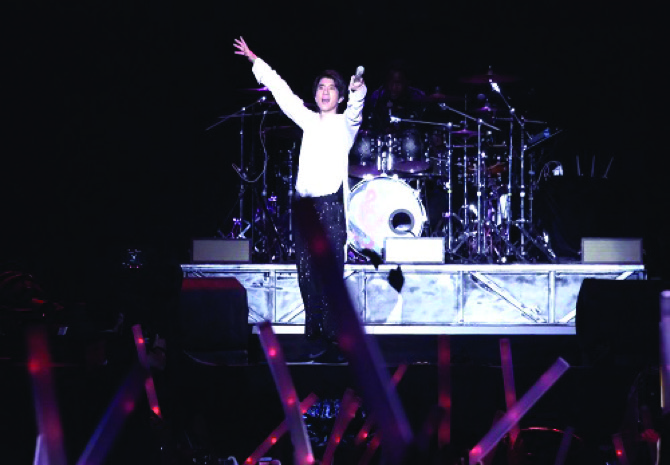 TALENTED singer-songwriter Wang Leehom will perform his Wang Leehom Descendants of the Dragon 2060 World Tour in Macao at The Venetian® Macao’s Cotai Arena on Dec. 1, 2018. One of the most highly anticipated tours of recent years, the new show is a combination of live action performance and multimedia musical. Featuring the production team from the Grammys, it is a massive technical achievement, with a unique sci-fi stage set in the form of a huge spaceship, sophisticated LED lighting, holograms, animated movies and superb choreography.

Wang says Descendants of the Dragon 2060 World Tour in Macao represents the future of Chinese ethnicity and tradition, and will transport his fans to a brave new world of love, peace and equality. Every 12 years when the Year of the Dragon comes around, he releases a brand new version of the hit track “Descendants of the Dragon”, because he wants the song to live on with different creative arrangements, and sing it until it is 2060.

Musically the audience can expect the dynamic fusion of jazz, rock, Chinese opera and blending of Western and Chinese instruments Wang is renowned for. Music with a message, the Chinese-American singer-songwriter has always sought to raise global awareness of Chinese popular music. 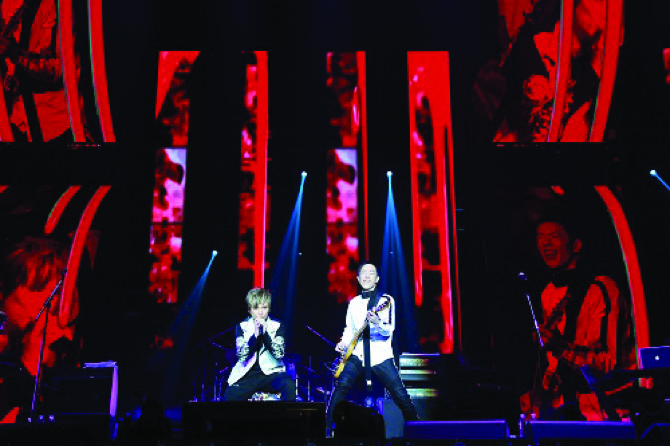 THOSE nostalgic for the 1980s can celebrate: two members of Hong Kong rock band Beyond – hailed as Hong Kong’s biggest and most successful Canto-rock band of all time – are coming to the Cotai Arena.

Yip Sai Wing and Paul Wong, both rock legends in their own right, are teaming up to bring Macao the Yip Sai Wing & Paul Wong Tour on December 8. Yip, and Wong, will play classic anthems such as “Boundless Oceans, Vast Skies”, “The Glorious Years”, “Truly Love You” and “Amani”, which served as the soundtrack for a generation. 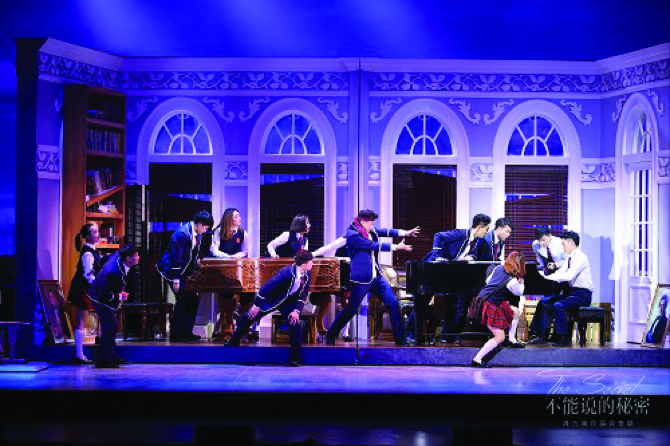 THE Secret Musical is a time-travelling romance between two high school students who navigate their budding relationship and its milestones – a piano competition, football match and prom night – set to over 20 of Jay Chou’s hit singles. The movie version received six nominations at the 44th Golden Horse Awards, among other accolades, and was nominated for ‘Best Asian Film’ at the 2008 Hong Kong Film Awards.

The stage musical was adapted by a Tony Award-winning team which includes director John Rando, scriptwriter Marc Acito, choreographer Zach Woodlee and many others. It opened in 2017 to sold-out theatres in Beijing, Shanghai, Wuhan and Hangzhou, as well as Singapore in April this year. 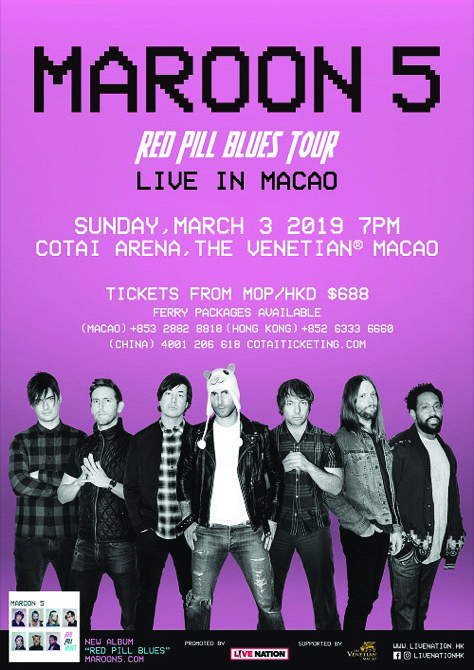 MORE music for Macao’s ears: Maroon 5, one of the 21st century’s biggest and most enduring pop acts, will perform at the Cotai Arena on March 3, 2019. With 2019 marking the 17th year since their debut album ‘Songs About Jane’, the three-time Grammy Award-winning Los Angeles band stands out in an era of one-hit wonders.

Maroon 5’s hybrid rock-R&B sound has sold over 36 million albums and 48 million singles worldwide, earning the band gold and platinum certifications in more than 35 countries. Their fifth studio album, ‘V’, debuted at number one on Billboard’s Top 200 chart and set the record for the most number-one singles in the Top 40 chart’s history.

The Red Pill Blues concert shares a name with the band’s sixth album, which was released in 2017, and will draw from Maroon 5’s extensive catalogue of chart-topping singles. Some of their latest and greatest hits include ‘Sugar’, ‘Maps’, ‘What Lovers Do’, ‘Wait’ and ‘Girls Like You’ with rapper Cardi B, which have been streamed and watched billions of times on  Spotify, iTunes and YouTube. 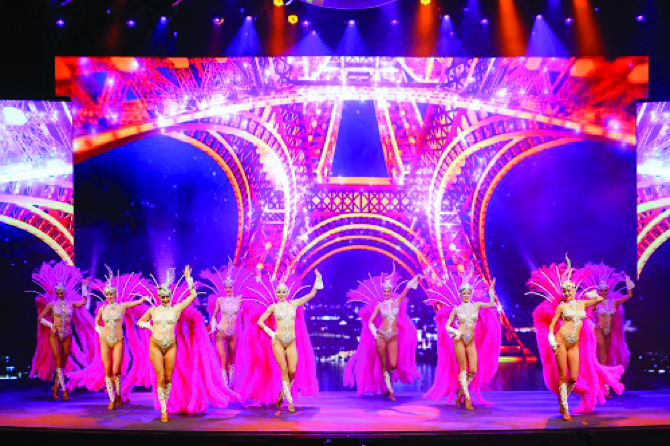 THE family-friendly, 65-minute performance stars an international cast of almost 40 stuntmen, illusionists, skaters and dancers, teaming up to bring Macao one of the world’s most entertaining variety shows.

For the performers of La Parisienne Cabaret Français, death-defying stunts are just another day. The world-renowned Globe of Death segment is performed by fourth-generation cast members from Sao Paulo, Brazil, who have trained for years – starting with bicycles.  The segment sees riders race inside a gigantic mesh sphere, looping vertically and horizontally at high speed as the globe eventually splits in two.

Lovers of pair skating will appreciate the romantic Ice Skating Adagio by Russians Aleksandr Popov and Elena Efaeva, who have been performing for over four years. Both Popov and Efaeva competed at the European Championships and Olympics; Popov won a gold medal in the Junior Olympics in Slovenia, 2003. Having performed in over 80 countries for many celebrities, their dreamlike double act includes a one-handed lift and a dramatic bow spin.

Another hallmark of the show is the Guinness World Record-winning Face Team Basketball from Budapest, Hungary, which sees six players jump, shoot and slam-dunk 20 basketballs in gravity-defying acrobatics, including a dizzying five-metre backflip. The team has performed for the likes of Harry Styles and the Prince of Dubai – as well as real-life basketball stars LeBron James and Kobe Bryant – and were semi-finalists on talent show “Britain’s Got Talent”.