AL President | ‘No need to be concerned’ about legal advisor dismissals 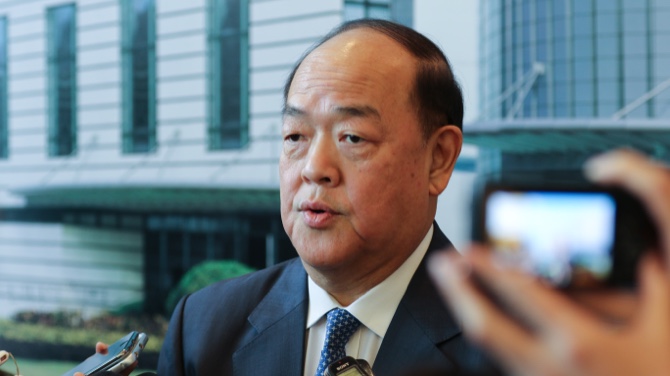 President of the Legislative Assembly (AL) Ho Iat Seng has issued a written reply to an enquiry submitted by lawmakers Sulu Sou and José Pereira Coutinho. The enquiry questioned the cause of the dismissal of two long-standing legal advisors of the legislature. In the reply, Ho assured the lawmakers that they have no cause to be concerned.

Veteran legal advisers of the AL, Paulo Cardinal and Paulo Taipa were dismissed by the Assembly’s board in August this year, suddenly and without explanation.

The two Portuguese advisors were notified via letter that their contracts would not be renewed and that their work at the Legislative Assembly would cease by Dec. 31, 2018. The letters did not state the reason for their terminations.

In response, several lawmakers sent the AL board a letter requesting an explanation of their dismissal, the procedures by which the decision had been made, and clarification on the people involved in the decision- making process.

In a letter dated Friday to which the Times had access, Ho thanked the legislators for raising their concerns about the non-renewal of work contracts for the two Portuguese legal advisors, but advised them that the Assembly’s advisory council remained well-staffed with “consultant coordinators, counselors, technician counselors and other law personnel.”

Their dismissal will not have any negative influence on the work of the AL, he wrote, and therefore there is “no need to be concerned about this issue.”

The letter also states that the process behind the non-renewal of their work contracts was handled “according to the law and the contract signed with the two advisors.”

Nevertheless, Ho avoided answering the legislator’s specific call for an explanation regarding Cardinal and Taipa’s dismissal, instead stating that he had “nothing further to explain.”

“The decision of non-renewal of the work contracts is made by the Executive Board of the Legislative Assembly, [based on] the Regiment of the Legislative Assembly,” Ho noted in the letter.
“However, since the undersigned [Ho Iat Seng] has already made public statements regarding this issue, he will make no further comments,” added Ho, who, in addition to being the President of the AL, is also the President of the Board of the Assembly.