Alexis Tam cautious on the use of health coupons in Zhuhai 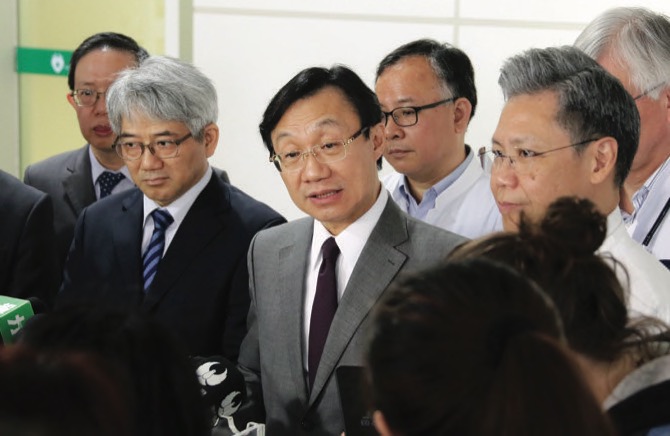 Secretary for Social Affairs and Culture Alexis Tam has expressed concern over the use of Macau’s healthcare coupons in Zhuhai, saying that the measure must be carefully considered, according to a report by public broadcaster TDM.

Earlier this month, the Mayor of Zhuhai, Yao Yisheng, said that Zhuhai will explore the possibility of using Macau’s healthcare coupons in Zhuhai.

According to the TDM report, Tam explained that Macau’s healthcare coupons were originally aimed at providing opportunities for local private doctors to receive more patients, and, in turn, pushing forward the development of a family doctor scheme in Macau.

Tam remarked that if these coupons are to be used in mainland China, different practices and circumstances might arise. Hence, the topic needs to be carefully studied.

In addition, the Secretary said that the Macau government is currently discussing with relevant mainland government departments ways to assist Macau residents living on the mainland side of the Greater Bay Area with purchasing the mainland’s medical insurance.

The discussion is hoped to yield results that will allow Macau residents to feel medically secure on the mainland, and live in any of the Greater Bay Area cities with more convenience.

As Greater Bay Area cooperation plans continue to be announced, many measures concerning Macau residents’ life on the mainland have been considered or proposed.

Previously, the Health Bureau announced that the bureau would have a health center in Hengqin, and that it would be free for Macau residents to use.

The outline of the Greater Bay Area development plan dictates that China will support Macau and Zhuhai in building a comprehensive livelihood project in Hengqin, and that this project should cover retirement, residence, and medical care. JZ