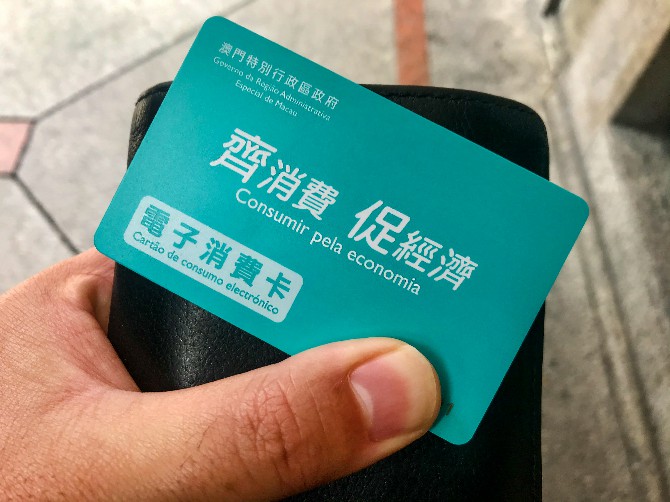 The government will announce today the amended measures related to the electronic consumption vouchers (e-vouchers) as part of the third round of economic stimulus for Macau.
The announcement is scheduled to take place at 10:30 a.m. in a press conference organized by the Secretariat for Economy and Finance, and will be held at the Economic and Technological Development Bureau.
The amendment aims to allay criticism from the population that was sparked when a new e-voucher system was presented. In this scheme, people had to first spend in order to receive a refund-voucher that they could use in the next acquisition of goods and services.
The system, based on the electronic payment platforms in use in Macau, garnered criticism from all sectors of the population. They considered the measure ineffective and unfair for several groups, leading the government to retract it.
Since then, many sectors of society have expressed their preference for the return of the consumption cards, first presented in 2020 as part of the first round of economic stimulus to respond to the Covid-19 economic crisis.
Last week, at the Legislative Assembly, several lawmakers addressed the topic, calling on the government to bring the consumption cards back, noting that the amount to be loaded onto them should be no less than 5,000 patacas.
Last year, the same cards were rolled out with a loaded amount of 3,000 patacas, and were then reloaded with 5,000 patacas in the second round, bringing the total amount of government support for every resident of Macau to 8,000 patacas.

Cash handouts rollout today
Concurrently, today marks the start of the distribution of the 2021 Wealth Partaking Scheme. The scheme, commonly known as cash handouts, involves the government distributing 10,000 patacas and 6,000 patacas, respectively, to permanent residents and non-permanent residents of Macau.
The scheme, which usually takes place during the summer, has been brought forward to April this year. This is part of the third round of economic stimulus package designed to help the economy and protect people’s livelihoods, as previously announced by the government.
According to the plan announced, all residents should receive their cash handouts during the months of April and May, starting with the older citizens and those working for the government or receiving government subsidies.
The last to receive their handouts will be those born between January 1, 2014, and December 31, 2020.