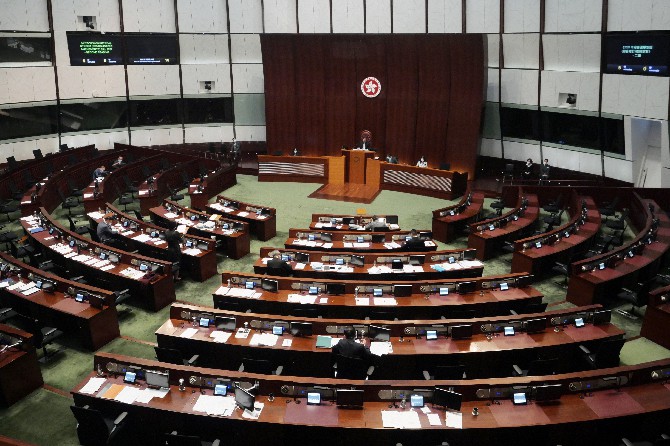 A Chinese central government spokesperson yesterday commended the passage of a bill by the Legislative Council of the Hong Kong Special Administrative Region (HKSAR) to improve Hong Kong’s electoral system.
The spokesperson for the Hong Kong and Macau Affairs Office of the State Council said the endorsement of “Improving Electoral System (Consolidated Amendments) Bill 2021” – which contains amendments to local electoral laws – marks the completion of the local legislative work improving the HKSAR’s electoral system.
As cited in a Xinhua report, the spokesperson said that it is another institutional achievement in ensuring law-based governance in Hong Kong and will open a new chapter of good governance.
Hong Kong Chief Executive Carrie Lam hailed the passage of the bill as a landmark occasion for ensuring “patriots administering Hong Kong” in accordance with “One country, two systems”.
The bill will be published in the gazette and come into effect on May 31.
Wang Chen, Vice-Chairman of the National People’s Congress (NPC) Standing Committee, announced the shake-up of the city’s electoral framework on March 5 at the opening meeting of the 13th NPC.
During the last day of the Two Sessions, the nine-article resolution was ratified by an almost-unanimous vote — with 2,895 votes in favor, zero votes against, and one abstention.
This move is designed to ensure the HKSAR is administered only by “people who love the country and love Hong Kong.”
In a response to the move, Chief Executive Ho Iat Seng affirmed his commitment to fully support the central government’s latest proposal to enhance the neighboring region’s electoral system for its “prosperity and stability.”
Also in March, Ho emphasised the determination of the SAR government to adhere to the fundamental principle of “patriots governing Macau.”
He also stated that the upcoming Legislative Assembly elections in Macau, set for September 12, must be held in line with the political principle and standard of maintaining patriots to the core.