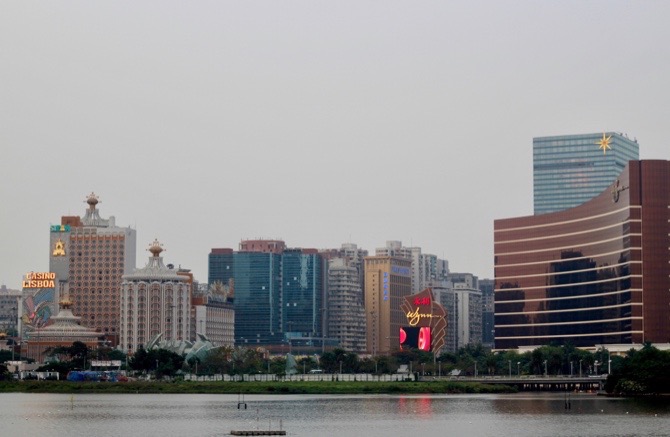 “(…) except for the occurrence of a very serious economic crisis or another comparable event, everything points to a new competition in 2021. The most desirable scenario is the award of new concessions” – Jorge Godinho, The Future of Concessions of fortune or chance games in Macau, paper, 2017)

After obtaining access to the paper from which the above quotation was taken, I read an interview given by Prof. Jorge Godinho, an expert in Macau gambling law, where he argues that “the public tender for six concessions is absurd, that is, there has to be something new to be put to the contest.” (HojeMacau, 05/23/2018)

I strongly disagree with that interpretation, which is nothing novel, because there may always be people interested in obtaining a concession and willing to offer something new to Macau that can be useful and contribute to a change in the status quo.

In any case, whether for six or more concessions, whether for companies already operating in the market or brand new ones, the problem of a potential re-allocation without competition was expediently resolved on 07/22/2018 by the Secretary for Economy and Finance, Lionel Leong, the government member directly responsible for casino gaming affairs. Leong ended the speculation for good with an announcement that there would be a public tender.

Since the clarification was made, and it echoed internationally, we should swiftly turn to what needs to be done next.

1. It is common knowledge that currently there is a gap between the concession/sub-concession deadlines of SJM/MGM and the other concessionaires/subconcessionaires (Galaxy/Venetian and Wynn/Melco), with the first one(s) ending in 2020 and the others in 2022. One wonders if it makes sense to call upon the provisions in no. 2 of article 13 of Law 16/2001 (Casino Gaming Law) which relates to an extension of the term up to 20 years, the maximum term allowed by law. The fact that the original concession has been provided for 18 years no longer makes sense, since for the other operators there is a 20-year term set. It seems to be an established fact that, regardless of the past, there is no advantage to having casino gambling concessions with differentiated terms – given the equality of the concession system and for the sake of restoration of relative justice, the calendar should be the same for all.

2. I agree it would be convenient (whilst clarifying that it is not a necessity) from the perspective of the MSAR’s interest in extending the concession/sub-concession period of SJM/MGM to 20 years. However, there is a further problem: if such an extension should be negotiated, should additional benefits be paid to the MSAR?

3. There is nothing to prevent the extension of the contract from being accompanied by the introduction of contractual changes, either by increasing existing obligations or introducing new ones. Prof. Godinho, in the quoted paper, also points out that the previous practice of extending the STDM concessions reinforces this perspective, since all extensions have always involved additional obligations (contrapartidas), namely the increase of the gambling tax.

4. If this is true, it would be useful to know whether for such a short period of time – the two years – and in a time of transition, possibly towards a new model, changes would be justified at that level. I personally understand that there is no reason to change what is currently in force for such a short period of time and particularly without knowledge of what will be defined by the MSAR Government. For these reasons, the concession/sub-concession of SJM/MGM should be extended for another two years on the precise terms with which it is operating today.

5. It should be borne in mind that in addition to what has been advocated by some lawyers, including myself from the outset, Lionel Leong’s legal regime on which concessions/sub-concessions are based must necessarily be revised. It is fundamental to bring into the law what currently sits outside it.

6. So to avoid instability, and to preserve the international image and maintain a clear and transparent course at all stages of the process conducted by the MSAR Government (whose kick-off was given by the declarations of July 22), an announcement regarding any extension of the SJM/MGM concession/sub-concession should be made at the same time the schedule for reviewing the casino gaming laws is announced. This review should include at least the revision of the scheme and the number of concessions (I think it is desirable that a further two should be put on the table, bringing the total to eight); the legislation on “Managing Directors (incompatibilities of administradores-delegados), junkets (introduction of a numerus clausus, VIP lounges, cash deposits, liability, traffic rules and number of vehicles on the roads); and the operation of so-called “satellite casinos”. It would be good for there to be a prior dialogue in these matters with the experts and operators in order to indicate their priorities, but of course the final word belongs to the Government, which in this matter has to be liken to Caesar’s wife and make use of all its prerogatives.

7. A key instrument of any public tender is its Tender Document (Caderno de Encargos). That is, the definition of its rules, the objectives to be pursued, and the requirements that competitors must obtain to gain a concession. All this must be sufficiently clarified in the Tender Document so that future requests for clarification by potential competitors and the usual smart alecks who like to disturb contests and decisions become unnecessary. Once again, the international image of Macau and of the PR China will be called into question, so that we can never be too cautious, and this task cannot be handed over to “amateur patriots” or to those who have conflicting interests with the MSAR and are tempted to make accommodations in the Tender Document to their pretensions or those of their “patrons”.

8. Lastly, there is one element in this equation that cannot be under-valued and that relates to the timing. Regarding this, continuing from that mentioned before, I understand that the announcement of the concession/subconcession extension (SJM/MGM) should occur at the same time as the announcement of the date of the public tender, which should only occur after the approval by the Legislative Assembly of the changes deemed to be urgent.

9. Given the priority of the matter, I do not foresee any difficulty with the Legislative Assembly approving the required amendments to the current legal regime before the end of the next legislative session (August 2019). On the other hand, we could take advantage of the moment of the announcement of the extension of the concession /sub-concession (SJM/MGM) to immediately specify the dates the Tender Document will be public announced and by when the tender proceedings must be concluded.

10. The future public tender will be held under the auspices of the next Chief Executive, who will be known by the end of 2019. This means that the tender specifications and new contracts will be signed by him. The current Chief Executive is responsible only for ensuring that the transition to his successor and the international tendering process will take place according to strict standards and dignity, respecting the interests of the MSAR and of  the PR China, starting with its international image. We have already had enough of amateurism and wily patriots.