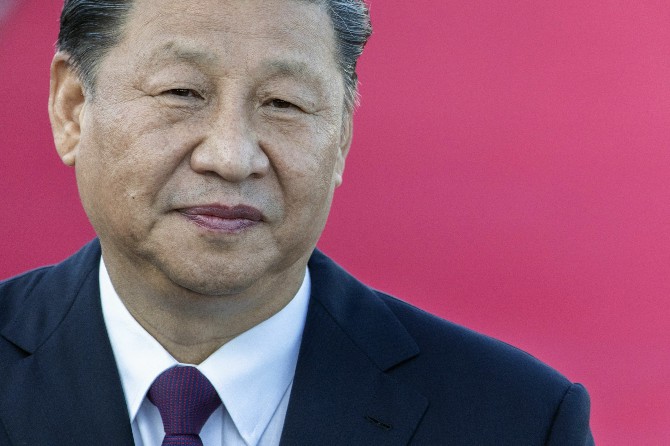 The past few weeks have shown that Chinese President Xi Jinping can move extremely fast when he hones in on long-term threats to the Communist Party. And right now they revolve around the convergence of technology, finance and Hong Kong.
Since unveiling a goal last month to double the size of the economy by 2035, China has embarked on a sweeping crackdown of some of its most valuable companies. The shock suspension of Ant Group Co.’s $35 billion initial public offering was quickly followed by more anti-monopoly rules to rein in former tech darlings Tencent Holdings Ltd. and Alibaba Group Holding Ltd., leading to a $290 billion equity sell off last week.
At the same time, he’s moved to further snuff out any opposition in Hong Kong’s legislature, the most democratic institution under Chinese rule. And authorities are forcing bond investors to take more responsibility for risk in a debt market where defaults have been historically rare, helping to deflate a potential debt bubble while also avoiding an inadvertent funding crunch.
The moves reflect an increased urgency among China’s top leaders to stem growing threats to their rule, whether it be a 2008-style financial crisis, a color revolution or a new class of billionaires becoming more powerful by the day. And while some of the measures are prudent steps to de-risk the economy, one common thread runs through them all: The need for the Communist Party to control all the levers of power.
“Xi Jinping certainly seems to be cracking the whip with a purpose and a force that, if not new, is certainly designed to impress upon the party, entrepreneurs, citizens and the rest of the world his authority and determination,” said George Magnus, research associate at Oxford University’s China Centre. “I don’t see much that is pre-emptive or getting ahead the curve here. If there were, Xi would be channeling his inner ‘reform and opening up’ appetite. The point is that he doesn’t really have any.”
Last month’s unveiling of the Communist Party’s latest five-year plan came at a crucial time. The West began to see China’s rise more as a threat than an opportunity over the past four years, and President Donald Trump took a series of steps to cut the country off from key technologies to thwart its growing economic and military might.
The U.S. has pressured allies to shun equipment from Huawei Technologies Co., barred dozens of China’s largest tech companies from buying American parts, and even slapped bans on ByteDance Ltd.’s TikTok and Tencent’s WeChat. While Chinese leaders are calling for enhanced cooperation as President-elect Joe Biden prepares to take office, the Trump administration is planning more steps before leaving office in January that could further sour ties between the world’s biggest economies.
Those trends, exacerbated by the pandemic, prompted a shift in Beijing’s strategy toward greater self-reliance. Party leaders vowed to build their own “core technologies” to avoid relying on the U.S., while also focusing more on revving up domestic growth as part of Xi’s “dual circulation” model. His ambition of doubling the size of the economy would imply an annual average growth rate of 4.7%-5%, according to a range of forecasts from economists 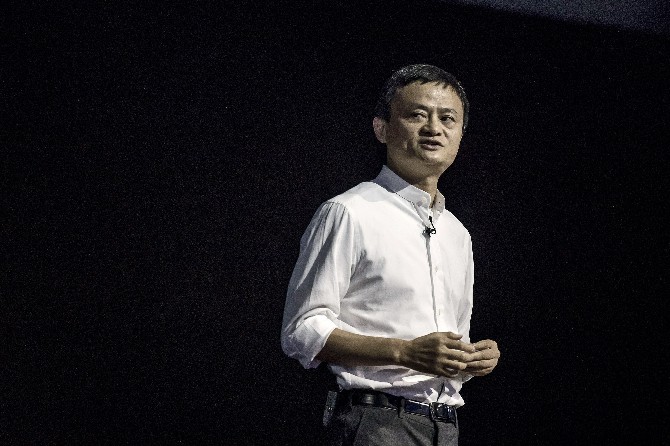 ‘Share the growing pie’
Still, it will take years for local companies to match foreign counterparts in both basic manufacturing and design expertise: China imports more than $300 billion worth of integrated circuits each year and its semiconductor developers rely on U.S.-made chip design tools and patents.
Fostering the right environment requires striking a delicate balance between limiting the powers of the giants and nurturing homegrown innovation. The new draft rules, for instance, aim to minimize over-concentration of user data and algorithms, which are crucial to leveraging artificial-intelligence applications that drive the modern economy.
“It is about how best to share the growing pie of economic development and tech innovation,” said Hong Hao, chief strategist for Bocom International in Hong Kong.
While it’s unclear how harshly the new anti-monopoly rules will be implemented, the draft released last week gives the government wide latitude to rein in tech entrepreneurs like Jack Ma who until recently were given relatively free rein to keep expanding their empires. That era of light touch oversight is now ending.
Ma’s Ant Group typefies the convergence between Big Tech and finance that sounded alarms in Beijing. Chinese regulators said Ant’s business model effectively allowed it to charge higher fees for transactions while state-run banks took on most of the risk, all while making China’s second-richest man even wealthier.
An official with China’s top banking regulator over the weekend pledged to lower the risk of companies becoming “too big to fail” in financial innovation while saying they “shouldn’t form oligopolies, reap excessive returns and harm public interests.” Companies like Alibaba and Tencent had become as powerful in China as the likes of Facebook Inc. and Apple Inc. in the U.S., according to Rebecca Fannin, author of “Tech Titans of China” and founder of Silicon Dragon Ventures.
“Startups will welcome any decline in their monopolistic power because these huge Chinese companies have stifled them, and used their leverage and size to out-innovate them quickly or buy them out,” she said.
Beijing is walking a similarly fine line in demonstrating that even government-backed institutions won’t automatically be rescued from financial missteps. A state-owned coal miner defaulted on a 1 billion yuan note last week, while the finances of a prominent state-owned chipmaker – an industry seen as strategically important for Beijing – are also under scrutiny.
Such defaults mark a step-change for China’s onshore bond markets, where debt sold by state-owned enterprises has traditionally been backstopped by local governments. China’s most influential billionaires are also on notice.
In explaining his 2035 vision last month, Xi emphasized that “common prosperity” is the ultimate goal for China’s socialist economy. The country’s state-run media have featured a slew of articles on Xi’s push to end extreme rural poverty – those who earn less than 11 yuan ($1.63) per day – by the end of this year.

‘Nobody is bigger than the party’
“Making it clear that the ultra-rich can be brought to heel is important symbolically,” said Rana Mitter, professor of Chinese politics at the University of Oxford. “However, it also seems likely that the CCP is concerned that major business figures may have political ideas about power, beyond mere wealth. So the use of regulators is in part to reinforce the message that nobody is bigger than the party.”
Hong Kong illustrates the extent to which the Communist Party doesn’t want to allow dissent on any territory it controls. China’s legislature in Beijing passed a resolution last week establishing a loyalty test for elected lawmakers in Hong Kong, leading to disqualifications that prompted the opposition to resign en masse.
“The party values stability over everything,” said Kendra Schaefer, head of digital research at the Trivium China consultancy in Beijing. “They value it over competition, over fairness, over money. Maybe the only thing they value more than stability is power, and it’s stability that maintains their power.” Bloomberg