It’s already happened to middle-of-the-road stores across high streets and main streets. Now the world’s biggest luxury stores are starting to shutter outlets.
The culprit is the Chinese consumer, who is starting to rein in spending at home and abroad. The effect will be no less severe: expect more closures to come.
Over the past decade, Chinese consumer demand and new store openings together turbo-charged luxury sales. New store space accounted for 55 percent of global luxury revenue growth over the past eight years, according to analysts at Mainfirst.
As for Chinese nationals, they powered about two-thirds of luxury market’s growth over the past decade, according to Exane BNP Paribas.
Now both of these forces are running out of steam.
Given the slump in Hong Kong and the slowdown in China, stores there are the main focus of attention.
Hugo Boss has already announced plans to close 20 of the 131 stores it directly owns on the mainland. It’s reviewing as many as 20 of its least-­profitable 430 stores globally.
The company is in talks with its landlords, so not all of these outlets will close – but it expects to announce a sizeable number of exits later this year. 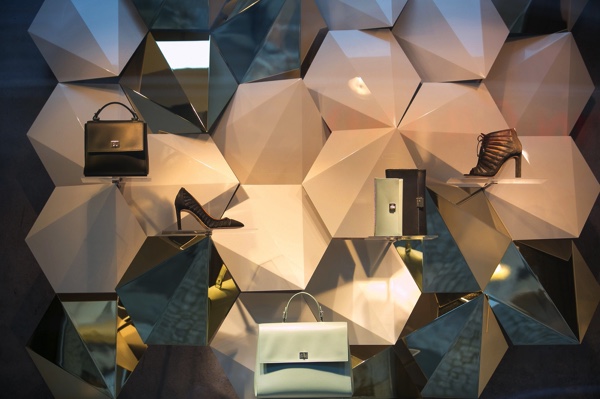 Prada won’t say where its selective store cuts might fall, but as it expanded aggressively in Asia, it’s a good bet that some will be there.
And last week, Richemont, maker of Cartier jewelry and Jaeger-LeCoultre watches, said it was also reviewing its retail network in Hong Kong and Macau. This could include closures, moving to cheaper premises or lease renegotiations.
Indeed, seeking rent reductions is an alternative to outright closure.
Bloomberg Intelligence’s Patrick Wong says rent reductions of as much as 50 percent are possible in some locations in Hong Kong. But demand remains strong for space in premium malls, limiting the scope for discounts.
In mainland China, tenants have most bargaining power in new malls, particularly in second-tier cities, hit by a slump in demand and plentiful new supply, Wong notes.
While the most attention might be on China, globally, brands are focusing on making their existing stores work harder. Rather than planning large scale openings, existing outlets are being refurbished.
The luxury groups are right to halt their dizzying expansion, and start to cut back. As they do, there could be opportunities for more niche upmarket brands to expand. Kering’s Saint Laurent, LVMH’s Givenchy Fendi and Celine, and Swatch’s Harry Winston could all open stores at more attractive rents.
Pandora, the affordable luxury chain, is one retailer that is still growing its store base, including in China.
And here’s another trend that mirrors what is happening on high streets and main streets. As mid-­market brands retrench, discount players move in.
Pandora is hardly the same as Primark (its jewelry can cost 60 pounds (USD87) rather than six pounds at its less upscale cousin). But the Danish jeweler offers cheaper, more accessible luxury.
That’s still a winning formula in China, whether it is LVMH’s cosmetics and fragrance brands – or Pandora’s charms. Andrea Felsted, Bloomberg