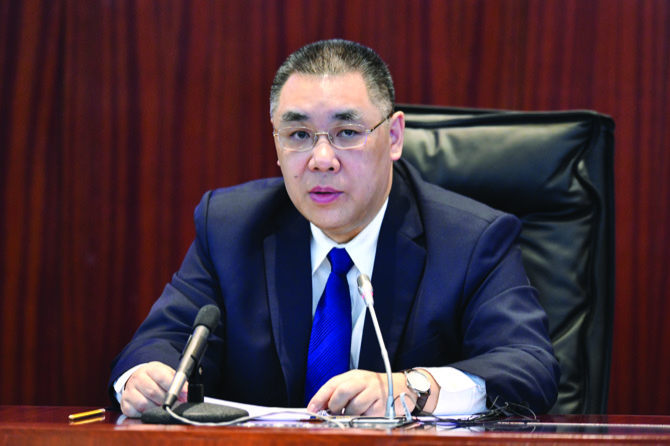 For years we have complained that the policy address was a mere exercise in shortsightedness resting on a catalogue of administrative measures, mostly expressed in quantitative terms. Quality, so it seems, was always less of a concern as long as targets were announced as having been met and social sweeteners were on the rise: the wealth-partaking scheme basically doubled since its inception in 2008.

A somewhat complete review, let alone an effective and courageous assessment of past deeds, has always been absent or so cosmetic that it boiled down to complacent bragging. Pending issues, delayed policy-making or blunt failures are never discussed, and the “looking back” (huigu) part of the policy address was always, and is still very much, narrowly understood and defined.

We have argued time and time again that without any form of critical thinking, convincing the mind and winning the heart of the people would prove impossible. All these businessmen-turned-politicians who govern us should know better: business textbooks are full of half-baked recipes to turn managers into leaders, control freaks into inspirational visionaries, plumbers into architects.

Clearly, family-run businesses striving because of oligopolistic positions and privileged access to land do not abide by the same rules, but they can read, right? If they want to stay on the pragmatic side, they can simply follow the advice of Sir Winston Churchill, who aptly remarked, “Success is never final. Failure is never fatal. It is the courage to continue that counts.” Reality does bite, and sweeping pressing issues under the rug will only translate into distracting tactics.

But they could also go for more heavy-lifting reading, as both Li Keqiang and Wang Qishan, respectively China’s premier and vice-president, are said to have recommended to communist cadres the study of de Tocqueville’s “The Old Regime and the Revolution.” The point being that reform is needed if revolution is to be avoided, but that deciding what and how to reform are the key questions, something even democratic governments around the world, obsessed with procedures and plagued by elite reproduction, had somehow forgotten to prioritize.

In today’s China, reforming so-called “mass organizations”—the engagement with society—has indeed become a priority given the regime wants to fully capitalize on the effective gains of popularity derived from the sweeping and far-reaching war against corruption. Getting rid of corrupt officials does create expectations: from now on, things are going to be different; and if they are not, what’s the point? I wonder if the Macau representatives at the National’s People Congress and Chinese People’s Political Consultative Conference are really doing their homework when they visit Beijing in March every year.

To be fair, in his first genuine policy address—the one delivered in November 2010 and not earlier in March, necessarily more in the continuity of his predecessor—Chui Sai On did announce quite a radical break from the past. These were still the years in the aftermath of the 2007/2008 global financial crisis, and thus the idea of recovery was shaping the rationales. Moreover, the official motto in Hu Jintao’s China was to develop a “society of moderate prosperity,” one in which inequalities would be the focus of policy- making and redistributive measures would take the lead.

No wonder, then, that Chui insisted on caring for the ones in need at the bottom as well as nurturing the majority in the middle. The very idea of not antagonizing the middle-class, which had grown not only in number but also in skills—wanting more say in the political decisions that were made in their name—derived from a precise analysis of the latest demographic trends. Hence the new fad around “political consultations,” the perfect substitute to effective democratic changes.

Promoting the former secretary for culture and social affairs indeed made perfect sense, even more so because Chui had been associated with “social concerns” since 1992, the year he became legislator for the first time.

Besides, the measures that were to be taken had a renewed ambition: they would take place in a corruption-free environment—the previous administration had been irremediably tainted by the Ao Man Long scandal—and would be based on carefully weighted initiatives. The claim to scientificity was not new, but the framing was novel: we were to have a “sunshine government” (yanguang zhengfu), and “scientific decision-making” (kexue juece) would preside over the government’s decisions. That sounded awfully close to the jargon used in the first system, but for the first (and unique) time the wealth-partaking scheme went down by MOP1,000 for permanent residents. In many respects it was both a courageous and reasonable move to make. People get used to receiving sweeteners, even though this is in total contradiction to means-tested policies that aim at correcting social inequalities.

Unfortunately, corruption was not wiped out – far from it: former Prosecutor General Ho Chio-meng (15 years in the job!) was arrested in February 2016 and one year later sentenced to 21 years’ imprisonment on multiple accounts of fraud, abuse and trafficking of power, money laundering, etc. Prior to that, the Perks’ Bill, which was eventually ditched in May 2014 after 20,000 people had taken to the streets, had shown in crude light that policy-making, far from being scientifically grounded, could be construed as the exclusive playing field for a small coterie that moreover considered itself impervious to supervision. At the time, I used the word “kleptocracy” to characterize the form of government Macau was enjoying.

The whole lot of governmental secretaries was replaced in December 2014, and promises were made in the policy address that cronies and traditional patrons would have to lay low for a while, not being able to concurrently hold more than three advising positions to the government and for no more than two terms. That corresponded to the time when the economy was ailing—gross gaming revenues had started their decline in June that year and would continue their nosedive up until the summer of 2016. Old habits die hard: nothing much changed as far as governance was concerned—except for security—and in the wake of the disastrous management of deadly typhoon Hato, Chui’s team became the least popular government ever in the short history of the Macau SAR!

Today, we have a longer time frame for policies to be implemented step-by-step, thanks to the SAR’s five-year development plan (2016-2020), and all seems to be going fine: last year, the Chief Executive announced that 80% of the overall plan had already been achieved and this year the percentage stands at 92 percent. Fiscal reserves have reached a whooping MOP555 billion: that’s close to five years budgeted public expenditures! And Macao is set to become the richest place per capita by 2020! But then of course, the median salary is only MOP16,000 per month, three times what it was in 2000, whereas GDP has grown almost sixfold in the same period!

Ignorance is bliss though: the last time we had a Gini Index was in 2013! And then, do you really feel like you’re in New York, Berlin or Tokyo when walking the streets of Macau? Is the public hospital in the SAR on par with the one in Singapore? Is the skyline comparable to Doha? And then let’s not mention the elephant in the room: what about democratic reform? Is the “+2+2+100” the only steps that could be taken in 20 long years? And then why was the latest UN Universal Periodic Review so critical regarding Macau’s discriminatory practices? Core principles (Macau people governing Macau and a high degree of autonomy) have value only if they are incorporated into a vision that will in turn translate into reality.