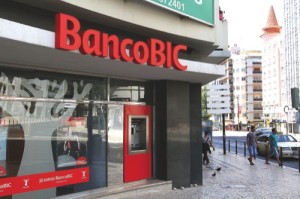 Angolan businesswoman Isabel dos Santos and Fernando Teles, the chief executive of Angolan bank Banco BIC, bought the 25 percent stake owned by Portuguese businessman Américo Amorim in the bank, Portuguese daily newspaper Público reported.
The deal also involved a change in the shareholder structure of Banco BIC Portugal, as António Ruas, another shareholder, also sold his 10 percent stake to Isabel dos Santos and Fernando Teles.
Banco BIC was set up in Angola and later expanded to Portugal with the same ownership structure, with Isabel dos Santos and Américo Amorim holding 25 percent each, Teles with 20 percent and António Ruas with 10 percent as the bank’s main shareholders.
Following this deal Isabel dos Santos has 42.5 percent of the bank, which is one of the largest in the Angolan market.
It has had a significant presence in Portugal since it acquired Banco Português de Negócios (BPN) from the Portuguese state.
Fernando Teles’ stake has now risen to 37.5 percent.
Businesswoman Isabel dos Santos is Angola’s largest investor in Portugal, after the state-run oil and gas company Sonangol.
She controls the NOS company in partnership with the Sonae Group, through a company, ZOPT, which holds a 50.01 percent stake in NOS. Santos is also the second largest shareholder of Portuguese bank Banco BPI, in which she holds 18.6 percent (via Santoro) and has an indirect stake in oil and gas group GALP Energia, which is controlled by Américo Amorim. MDT/MacauHub