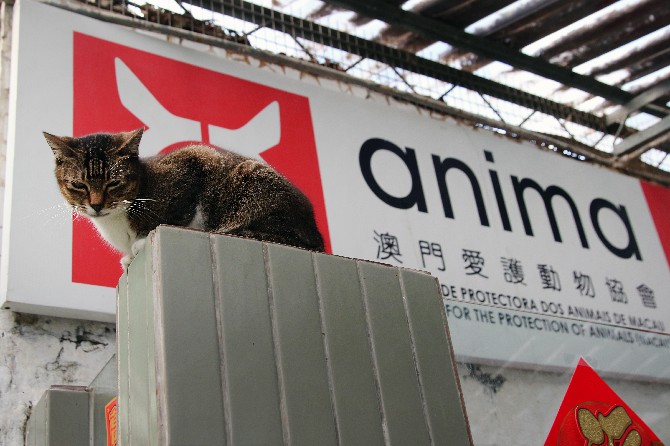 Heavy expenses remain a significant issue for the animal rights association Anima, after it recorded a deficit of MOP1.2 million with depreciation, according to its recently issued report.
In the recent report, Anima said that in 2020, the total expenses increased due to the growth of activities, reaching MOP10,380,628.22 against MOP9,675,658.68 (including depreciation) in 2019, of which the expenses with animals reached around MOP3,373,013.04, against MOP3,206,706.97 patacas in 2019.
“If we take out depreciation, it’s over MOP700,000. Debts of two board members were MOP1.4 million,” said Albano Martins, founder and honorary president of Anima Macau.
“Myself and another board member had no choice other than to inject this amount in Anima in the last quarter of 2020, otherwise Anima could not survive to pay salaries and several bills, mainly food for animals and clinics. This happened because the casinos reduced substantially their support,” he told the Times.
In January this year, as a result of the economic fallout of Covid-19, the non-profit animal rights association was given a total of MOP360,000 by four local casino operators, a significant plunge from the average of MOP2 million it received pre-pandemic.
Adding to its predicament is uncertainty regarding how much the annual government financial support granted by the Macao Foundation (FM) would amount to and when it would be paid. This has put Anima, its animals and its 32 staff under “great pressure.
Last year, Anima received MOP5 million from the FM.
In order to provide food for the animals, Martins and another member of Anima lent a total of MOP1.4 million to prevent the association from going under.
The growth of Anima (established in December 11, 2003) can be seen in the number of animals rescued up to 2020, which totals around 5,308 animals. By the end of 2020, Anima’s members totalled 755 and the estimated number of animals under Anima’s supervision included 1,031 dogs (of which 386 were in its shelters), 2,441 cats (of which 295 were in its shelters) and 56 other animals (of which 53 were in its shelters).
In 2020, the number of adoptions reached 180, against 161 in 2019. The number of rescues reached 458, against 391 in 2019, and this increase contributed to the over-crowding in the shelter.
“We could not do better as we are completely full,” the report stated.
In 2020, Anima registered 458 rescues against 180 adoptions. A total of 124 animals were neutered, including animals in the shelters and trap-neuter-return (TNR) animals.
The rate of animals out (adopted, foster, or deceased) against animals in (rescued or returned) was 0.97, 0.98 and 0.90 (dogs, cats, and other animals, respectively) which is far below the organization’s goal of 2. However, there was an improvement in the ratio of cats due to the larger number of adoptions.