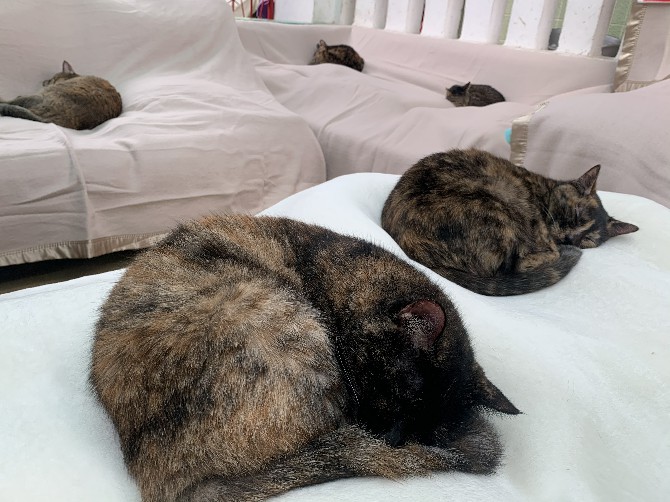 The lives of over 700 animals are on the line as Anima has been struck with financial hardship due to the sharp shrinkage in funding granted by casino operators last year, as well as the indeterminate timeframe for government financial aid.
As a result of the economic fallout of Covid-19, the non-profit animal rights association was given a total of MOP360,000 by four local casino operators, a significant plunge from the average of MOP2 million it received pre-pandemic.
Adding to its predicament is uncertainty regarding how much the annual government financial support granted by the Macao Foundation (FM) would amount to and when it would be paid. This has put Anima, its animals and its 32 staff under “great pressure,” former Anima president Albano Martins said yesterday.
Last year, Anima received MOP5 million from the FM. Normally, the FM holds a council meeting at the end of each year to discuss the delivery schedule and the amount of funding to be given to the city’s associations over the next year.
However, the meeting was postponed to next month, meaning that Anima would not receive funding from FM until February.
Anima has racked up significant debts of around MOP2.91 million. MOP 2.26 million of this was debt accumulated in 2020 and a further MOP 650,000 resulted from the total operating costs of the association this month.
“Currently, we have no money to buy food, [and] no money to bring the animals to the vets for treatment,” Martins stressed.
In order to provide food for the animals, Martins and another member of Anima lent a total of MOP1.4 million to prevent the association from going under.
Currently, Anima houses 400 dogs, 300 cats, some rabbits, tortoises, and hamsters. All of these creatures are being taken care of by just 20 handlers — a situation in which, Martins stressed, Anima “is totally understaffed.”
Since Anima is in a large amount of debt, 2020 was the first time the group did not pay its employees’ bonus, as well as overwork payments and January’s wages.
Ms. Ieong, who has worked for Anima for over 10 years, said that most staff at Anima were quite understanding when they were told there would be no double pay last year.
According to Martins, around 50% of the group’s funds came from the FM, 20-30% from casino operators, and the remaining amount from public donations.
“The worst [case] scenario is that we don’t receive any funds in coming months and have no choice but give all our animals to the government, which is very likely to kill them all later,” Martins said.
He urged the government to give the group funding as soon as possible to help keep the animals out of danger.