Another batch of dismissed workers repatriated 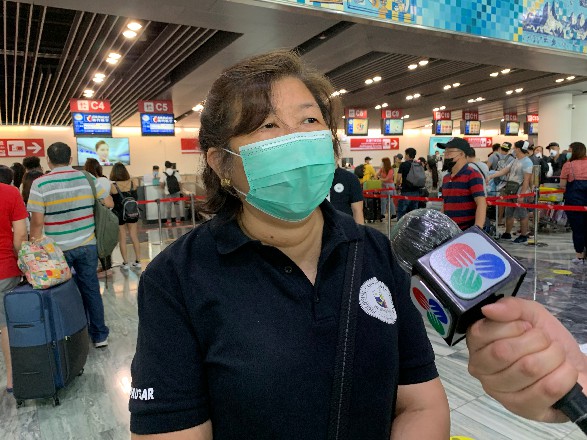 Menzies Macau Airport Services Ltd and the Philippine Consulate General in the Macau SAR have chartered a flight for some 175 Filipino nationals in the region whose contracts were either renewed or terminated by the company as a result of the Covid-19 outbreak.
The Consul General, Lilybeth Deapera, spoke with the local firm to charter a flight for the dismissed Filipino nationals when it learned that the company was laying off or not renewing the contracts of over 400 of its workers.
The dismissals were due to the steep reduction in flights that the airport was handling amid the pandemic outbreak. The current situation has persisted since February.
The company then signed a deal with Air Macau, who brought some 60 of its employees back to the Philippines, their home country.
The rest of the Menzies employees opted to stay in the region on a no-pay leave basis. Previously, the company had said that they guaranteed that their laid-off staff would be re-recruited once business went back to normal.
“In May, we heard there will be over 300 workers from Menzies who will be discharged. [The workers] clarified that [many] will see their contracts end on May 20 but these workers were still deciding whether they will go home or not,” Deapera explained.
“They were given two options. One was that their contracts will not be renewed [in which case] they will go home with the company paying their fare and once the situation improves, they will be the first to be rehired and will be given the ticket to come back to Macau. The other option was their contracts will be renewed but they will not be paid unless there’s work. Some opted for that,” the official added.
According to Deapera, the Philippine government will pay for part of the chartered flight.
The Overseas Workers Welfare Administration and the Philippine Overseas Labor Office selected people from their lists to board yesterday’s flight.
Initially, the Consulate conducted a survey among stranded nationals who wished to return home. Some of those on the flight were workers whose contracts with other companies have not been renewed. Twelve of them were formerly with Galaxy Entertainment Group (GEG) who opted to join the flight by registering with the Consulate.
“I’ve been working with Galaxy for eight years. My contract that expired in May was not renewed. Twelve of us are going back home. They told us that if everything goes well, they might call us back again,” said one who worked as a public area attendant.
“Maybe someday we can come back and apply again,” said another former GEG employee. “They gave us 2,000 patacas as financial assistance,” he added.
The Consulate’s data shows that it assisted 696 of its nationals who have been stranded in the city due to the absence of direct flights from Macau to Manila.
Deapera said that she is unsure whether they could further assist in repatriating stranded Filipino workers. Ferry services to the Hong Kong International Airport have resumed for the meantime, but it is not known if they will run past July 16.
On a separate note, a total of 104 migrant workers from Myanmar were also repatriated yesterday morning via Hong Kong. 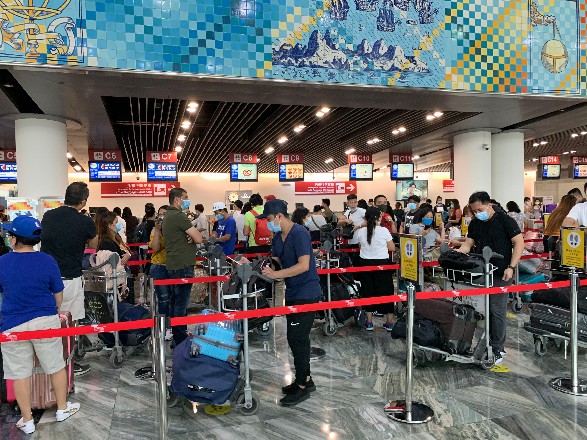 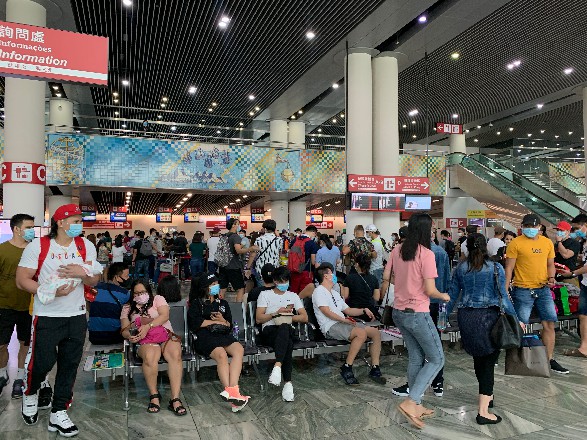 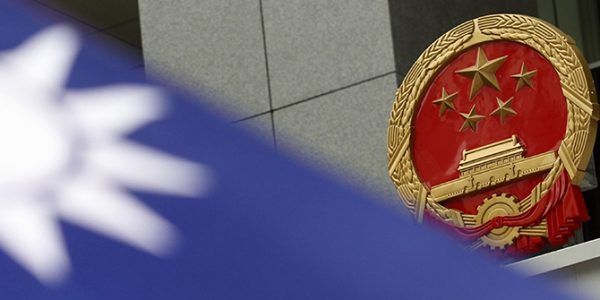