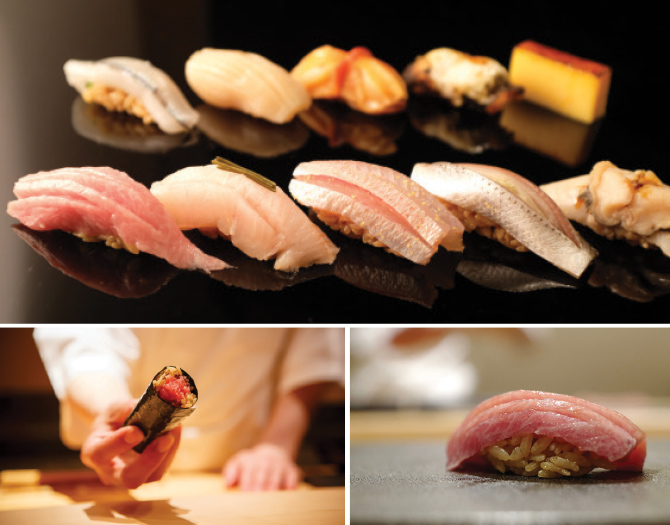 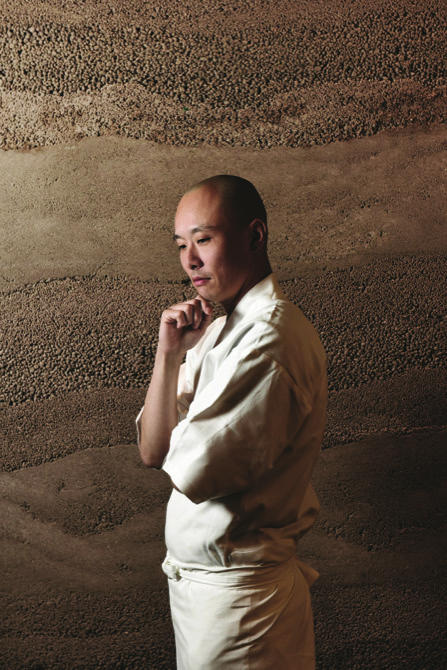 Later on, Sato created his own vision of the Japanese delicacy at Hakkoku, one of the most hotly anticipated new sushi restaurants to open in the heart of Ginza, Tokyo, which exclusively serves a limited number of diners every night.

Dubbed a culinary innovator with great respect to tradition, rice is always at the heart of Sato’s sushi. He mixes the “Shari,” sushi rice, with his trademark “Akazu” seasoning. The seasoning is composed of two different red vinegars, so that every grain is coated with a ruby shine and umami flavor with sourness, saltiness and a mellow aftertaste.

This unique rice always takes center stage and is pressed at the right temperature to pair perfectly with the finest seafood on top – thanks to the chef’s determination to source the finest seafood at Toyosu Fish Market in Tokyo everyday by himself –delivering the most traditional flavor of Edomae sushi. With Sato’s attention to detail, each piece of Nigiri pressed and served by him is truly an expression of sushi perfection.

“I have been a sushi artisan for 16 years. When I was young I played guitar in a band. At the same time, I worked as a restaurant waiter,” the chef recalled.

Sato’s family ran a sushi restaurant, which influenced him to become a sushi artisan.

“I wanted to be an artisan who impresses people. As such, I was lucky enough to achieve a Michelin star at the restaurant I worked at six years ago,” said the chef.

This limited-time culinary residence will offer a premium Japanese-style dining experience, serving in Omakase or in a-la-carte style with the freshest seasonal ingredients arriving to Macau every two days from Toyosu Fish Market.

“The rice [that we use] is harvested by farmers in Kumamoto prefecture using organic farming without pesticides, resulting in a rice that is 80% white. The balance between the moisture and taste is really good,” said the chef.

The pop-up is staffed by five skilled Japanese chefs from Sato’s restaurant in Tokyo.